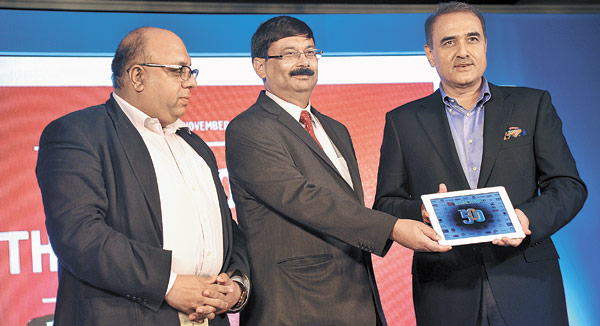 08 November, 2014
Print this article Font size -16+
How does an organisation tackle periods of slowdown? That was probably the question on everyone’s mind as they gathered to celebrate the finest in corporate India at the BW Real 500 awards on 26 October at the Taj Mahal Palace Hotel in Mumbai. The topic was discussed threadbare by a panel moderated by Pratip Chaudhuri, the just-retired chairman of the country’s largest bank, SBI. Some of the brightest minds from corporate India shared their thoughts on the topic.

Sheshagiri Rao, joint MD at JSW Steel, kick-started the discussion saying growth has to come from maintaining profitability. Dr Habil Khorakiwala, chairman of Wockhardt, underlined the need to focus on long-term survival irrespective of the state of the economic cycle. Rashesh Shah, chairman Edelweiss, who spoke next, stressed that companies should pay particular attention to cash flows in the current cycle, where capital is hard to come by. He said it was ‘good to see’  that companies were not giving up on toplines, but the focus should be on profitability and cash flows. Shekhar Bajaj, chairman and MD of Bajaj Electrical brought in an additional aspect of how companies should not make the mistake of going for higher sales at the cost of tighter margins. According to Kaku Nakhate, president and country head at Bank of America, it is important to envisage that a downturn is coming and to increase market share ahead of it.

The panel then took questions from the audience. Most questions pertained to the slowdown such as entrepreneurship during periods of dull growth, sectors that lead during such times, and the kind of role that the government should play.

Then came the highlight of the evening, with chief guest Praful Patel, minister for heavy industry and public enterprises, delivering his address ahead of the awards presentation. Patel said that India’s biggest push was coming from the rural markets, with aspirations having shot up in a relatively short span of time, putting the onus on the government to do much more. The minister then presented the awards to India's biggest and best companies to cap the evening's proceedings.