India Economy: Not All Gloom And Doom 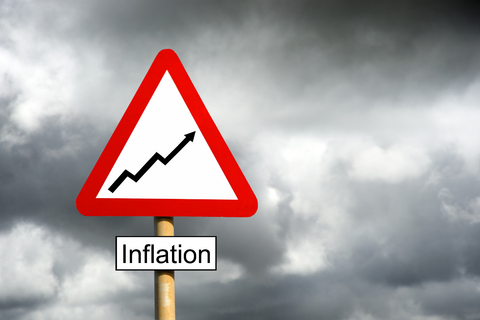 08 November, 2014
Print this article Font size -16+
Despite all the gloom, it is not all doom in India. Led by ICICI Bank and RIL, the Sensex surged over 337 points on 7 September -- the biggest single day gain in two months -- on all-round buying by funds after European Central Bank announced a potentially unlimited bond-buying plan to revive euro zone's ailing economies. The buoyant market disregarded the state of the Indian economy and preferred to focus on the good news, reflecting the growing disconnect between the economic situation and the market reactions (Read: The Growing Disconnect ).

In the first four months of FY12-13 (April-July), fiscal deficit of the central government has touched 51.5 per cent of the FY12-13 budget estimate, as compared to 45 per cent in the corresponding period of the fiscal year. The expenditure mix continues to deteriorate, with plan expenditure running at a higher rate than last year (while growth critical plan expenditure remaining weak compared to last year).

Within non-plan expenditure, fuel subsidies have seen a sharply higher disbursement. Though the government is said to be contemplating an across the board (petrol, diesel, LPG, kerosene) fuel price hike, it has aleady run into significant resistance not just from the opposition but from some the ruling alliance members as well. Thus, regardless of the timing and size of the impending fuel price increase, fiscal pressures won't abate readily.

According to Deutsche Bank economists, the consensus is bearish on India, and it is easy to see why. But despite all the gloom, it is not all doom. The gloom comes from weak policy momentum, political uncertainties and risks of disorderly adjustment in the real and financial sectors. However, two points emerge in th Indian economic scenario. Despite the ongoing economic slowdown, the Indian economy remains characterised by strong consumer demand, nimble business owners, and continued goodwill from foreign investors (as well as NRIs). Hence job creation has not abated, nor have capital inflows.

While the macro environment in India remains hostage to further slowdown in global growth and financial events in Europe, more monetary accommodation in the US and Europe could cause yet another global commodity price rally, undermining India's inflation and fiscal outlook. Domestically, political tension  could rise further, causing more damaging policy slippage.

The Monsoon session of the Parliament ended on 7 September without much getting done as the government was constantly embarrassed by the Opposition seeking the resignation of the Prime Minister over coal block allocations (Read: Coalgate: The Complete Coverage ).

Unhappy over wastage of Monsoon Session of Parliament,  Prime Minister Manmohan Singh hit out at BJP on the last day of the Monsoon Session, saying its obstructionist politics amounts to "total negation" of democracy and is hurting efforts to revive growth besides weakening the country. As the turmoil-ridden session ended, he warned that the politics of disruption would be a "grave violation" of democracy and could lead to "deeply divided and disenchanted" country.

July IIP Likely Subdued
India's industrial output likely remained subdued in July, after falling steeply the previous month, as uncertainty in the global economy hurt exports, and the key infrastructure sector grew at its slowest pace in six months, a Reuters poll showed. The index of industrial production edged up 0.3 per cent year on year in July, according to a median forecast of 30 economists, after shrinking 1.8 per cent in June, which was the third contraction in four months.

The forecasts for July ranged from a contraction of 2.5 percent to a rise of 4.0 per cent.Industrial output accounts for a little over 15 percent of India's Gross Domestic Product and the consensus points to continuing weakness for the economy which languished near a three-year low of 5.5 per cent annually in the three months to June, having slowed to almost a decade low in the previous quarter.

However, as the Deutsche Bank analysts point out, the economy is not dysfunctional; if and when growth supportive policy measures are taken,  there will likely be a positive feedback as typical encumbrances associated with a dysfunctional economy are not yet a part of the India story. Secondly, policy is not in total paralysis;  there is a movement in Delhi to get infrastructure spending going and provide further investment incentives. Third, we may have already seen the worst of the macro environment, with a rising likelihood of growth  bottoming out and inflation having peaked. Finally, given the fiscal and financial stagnation in the industrial world, India remains a relatively attractive destination for investors.

As Dipen Shah, Head of PCG (Private Client Group) Research, Kotak Securities pointed out markets were up despite further delays in reforms (Read: Sensex, Nifty Join Global Rally). Markets ended the penultimate day of the week (markets are open on 8 September) stronger by about 2 per cent. The Indian as well as global markets were positive on the back of the bond buying decision announced by Mario Draghi. ECB will buy unlimited amount of bonds, if countries request it to do so, subject to conditions. This means that, the prospect of defaults by sovereigns has reduced in EU. That supported markets. However, the ECB has also indicated that, the bond buying will be sterilised i.e. the amount spent on buying short maturity bonds of troubled economies will be absorbed back by the ECB. Thus, no additional liquidity is expected to flow through the global markets because of these proposals.
Tags assigned to this article:
economy prime minister manmohan singh news 7 stockmarket nandini sanyal euro zone deutsche bank bse sensex index of industrial production coalgate bear phase kotak securities coal block allocation growth slodown poliy paralysis fuel price rise