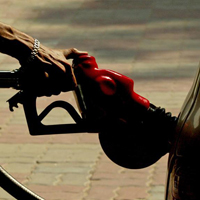 08 November, 2014
Print this article Font size -16+
Moves by China and India to raise local gas prices will pave the way for increased imports of liquefied natural gas (LNG), as the two nations try to ensure they can meet rapidly increasing demand for the fuel.

Gas prices in both countries have been kept artificially low at levels well below globally traded LNG costs, meaning either LNG importers suffer a loss or local LNG users have to pay a big premium to domestic prices.

India last week nearly doubled the price from around $4.20 per million British thermal units (mmBtu) to a pricing formula that will bring prices to around $8.40 per mmBtu from 1April 2014.

China made a more modest reform, increasing non-residential natural gas prices by 15 per cent, but prices will be higher at up to $10-$12 per mmBtu in many coastal provinces.

Chinese and Indian gas demand is expected to soar in the coming decade, driven by growing energy demand and efforts by China in particular to increase the amount of cleaner burning natural gas in its energy mix.

"It's broadly positive for LNG, as most (Chinese) LNG players are nervous of low (cost) competing gas sources," said Beijing-based senior gas analyst Gavin Thompson of Wood Mackenzie. "We'll start to see a little more of the China influence in the spot, short-term LNG markets than the past few years."

"I am expecting there will be some change in (India's) consumer psychology and demand pattern," said R.K. Garg, the head of finance at Petronet LNG.

"We had assumed higher prices in the forecasts so don't think the latest hikes in the two countries will trigger any changes to the forecasts," said Tri Zen analyst Tony Regan.

The price hikes will also provide an incentive for investment in LNG importing infrastructure. "A formal indication of a hike in domestic prices will give regasification terminal developers more clarity about future supply potential," said Gautam Sudhakar, senior analyst with IHS in Washington DC.

Within days of the gas price hike, Indian firm H-Energy called for bids from EPC contractors for building an 8 million tonnes-per-year LNG terminal in Maharashtra state.

India has plans for an additional 83 million tonnes of LNG import capacity on the books for 2020, much of which may hinge on whether developers feel they can get market prices for LNG.

Chinese importers may be more willing to sign up short-term supplies with export facilities planned in East Africa, Canada and the United States, as well as the more traditional suppliers such as Australia and Qatar, experts say.

The lift in domestic prices will also trim losses at PetroChina's Rudong and Dalian import terminals, which have contracted pricey term LNG from Qatar, and at CNOOC Ltd's Zhanjiang and Fujian terminals which will import LNG from Australia and Indonesia.

Gas company GAIL India has already contracted around 8 million tonnes of US LNG imports, raising concerns about who would pay for the expensive imported gas.

"All the uncertainties have been put to rest now... paying a few dollars more per mmBtu for a more certain 20-year profile isn't going to be a hard sell," said Karthik Sathyamoorthy, head of Asia Pacific at energy consultancy Galway Group.