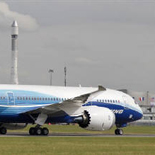 08 November, 2014
Print this article Font size -16+
AgustaWestland has asked India to pay the sums due in a 560 million euros helicopter deal, a spokesman for the company said, seeking to speed up decisions on a purchase which has been tainted by allegations of corruption.

AgustaWestland, a division of Italian defence group Finmeccanica, faces allegations of paying bribes to win the deal to supply 12 VIP AW101 helicopters. India froze payments to the company in February as the scandal unfolded.

AgustaWestland denies the allegations. A company spokesman said AgustaWestland had asked India's defence ministry and more recently the finance ministry to pay the sums due under the contract. It was not immediately clear what sums were due and what had already been paid.

A source familiar with the company's position said AgustaWestland had told the finance ministry in a letter that its initial contract with the Indian government was still valid and India was liable to pay the remaining amount because the allegations had not been proven.

The company had been forced to take the matter to the finance ministry after earlier attempts to ask the defence ministry for payment did not elicit any response, a separate company source said.

A spokesman for the defence ministry could not be reached because he is travelling abroad.

A defence ministry source said the Indian government would not make any payment to AgustaWestland before the Central Bureau of Investigation (CBI) submits a report on its investigations.

Defence Minister A.K. Antony was leaning towards barring AgustaWestland from doing business in the country, but was likely to struggle to build a consensus in government to do so, several sources said in March.

Finmeccanica does not expect India to blacklist either the group or AgustaWestland for the time being, its Chief Financial Officer Gian Piero Cutillo said last month.