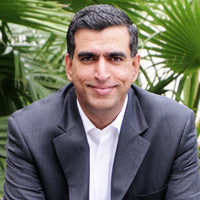 REAL ESTATE:
Measures in budget 2012-13 have largely been disappointing except for some interventions in the affordable housing space.

Only silver lining is the extension of 1% interest rate subvention loans upto Rs. 15 lacs for housing projects upto Rs.25 lacs by 1 more year and ECBs for affordable housing. However, it would have had more impact if a broader price bracket was covered

Overall, the budget lacks on reforms intent. Finance Minister has tweaked the rates and his political compulsions probably held him back from looking at reforms initiatives.

In spite of remarkable introductory speech, in action, expectations not likely to be met.  Of course ECB in low cost housing and in certain areas may ease funds for Infrastructure projects. Increase in Service Tax and Excise duty will set inflationary trend. Since there is no clear guidance about GST and DTC, it is disappointing.

Announcements made in Budget 20102 – 13 especially the increase in service tax and excise duty rate is bound to increase the input costs thereby leading to increase in the cost of buying real estate. This does not forebode well for the industry. Allowing ECB for affordable housing is a welcome move. The Government could have certainly increased the exemption limit on interest paid for housing loans .The government has also been silent on pushing reforms and introduce policies to increase housing stock.