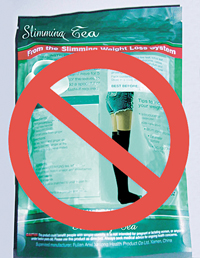 08 November, 2014
Print this article Font size -16+
Short on truth, tall  on claims — that’s the oldest grouse against the ad industry. From a repellant that declares it can drive away mosquitoes with just one drop to a beverage that professes it can increase your stamina three times more, an increasing number of ads have been landing up at the doors of the Advertising Standards Council of India (ASCI).

How to regulate these ads is a debate as old as advertising itself. The Department of Consumer Affairs wants to set up a regulatory body with muzzling powers. The industry feels that regulation by ASCI is enough.

Now, the Confederation of Indian Industry, has joined the debate, with a white paper which bats for self-regulation, citing that it has worked in 70 countries.

However, it feels that all advertisers should become members of ASCI. A national advertising monitoring service to ferret out misleading or false claims should be set up. And, ASCI should also cover digital media. Fair enough, when you consider the numerous dubious Internet advertisements.

Self-regulation has its flaws, but a government crackdown  is one to be avoided.

Strictly Business
The euro zone could see another recession in the third quarter. Markit’s Eurozone Composite PMI fell to 46.1 in September from 46.3 in August. Except for one month in the last 13 months, it has remained below the 50 mark that separates growth from contraction.