Vijayawada (Andhra Pradesh) [India], October 25 (ANI): As the ten-day-long Dussehra celebration concluded, idols of goddess Kanaka Durga and Lord Malleswara were taken for a boat ride in Krishna river Vijayawada on Sunday.
However, unlike the previous years where the boat takes three rounds in the river, the ride was cut short due to high water levels of the river. 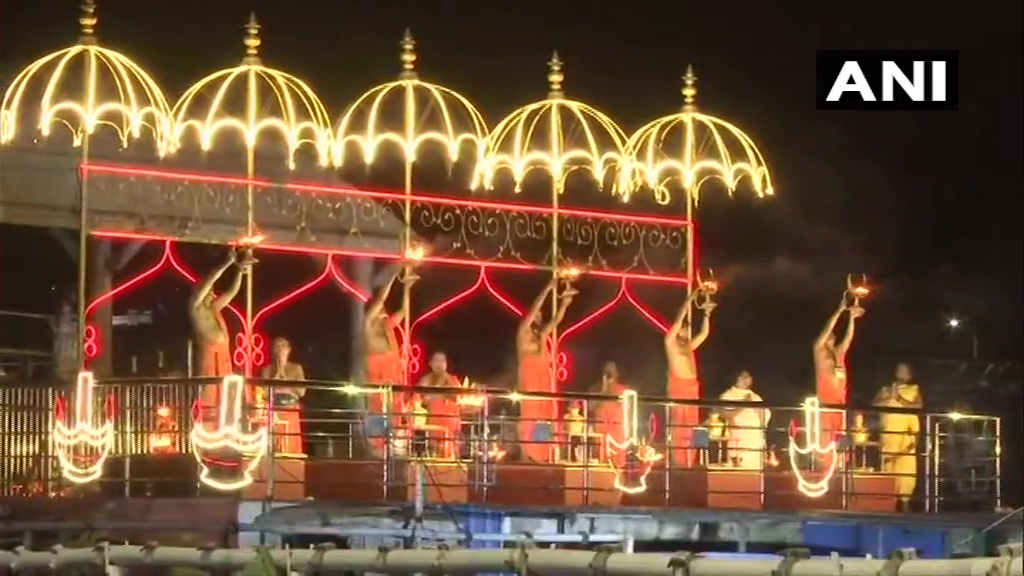 The representative idols of the divine couple were placed on the boat, and pooja rituals were performed. Only a few priests were allowed on the boat.
The annual boat ride is a special attraction on the closure of Dussehra celebrations at Vijayawada Kanakadurga temple.
Every year, the idol of the goddess is taken for the boat ride with an idol of Lord Mallikarjuna and three rounds are taken in the river as a symbol of the divine couple's tour to the 'Trilokas' (three worlds).
A boat called 'Hamsa Vahana' was specially designed for the purpose and was adorned with elaborate decorations.
Meanwhile, the newly built Kanakadurga flyover was closed until the completion of the boat ride for security reasons. (ANI)