Ideas Failing & Being Sacked: Get Used To It In The Startup World

Off the 5000 odd startups in India only 500 will survive and only 50 will become large companies generating a loss in jobs for many in the short run, write Vishal Krishna and Paramita Chatterjee 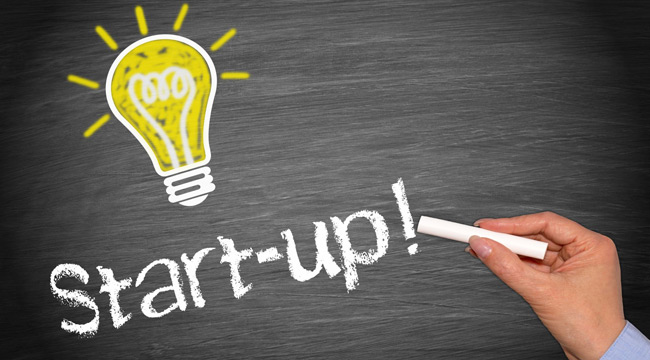 Great ideas, hordes of capital and increased investor interest seemed to create a dream run for startups. However, there seems to be a blip now. In what may be considered the first signs of an impending shakeout in the much-hyped e-commerce sector, online food ordering firm TinyOwl retrenched over 110 people earlier this month. This led to an agitation among those laid off. They held co-founder Gaurav Choudhary hostage for over two days earlier this week. This reminds us of several old Bollywood movies where the protagonist, or the hero - a worker in a port or a mill in distress - being sacked without due compensation.
But, the other Co-founder & CEO of TinyOwl Harshvardhan Mandad is confident of a turnaround of his company. "The current strategic focus is to build TinyOwl as a sustainable, profitable and scalable business, we are looking at a more commensurate operational structure," says Mandad. He adds that every business goes through its own unique journey, with some hits and definitely some misses.
Failing and being sacked will not be so uncommon when one joins a startup. Perhaps many a blue collar worker in India will have a difficult time in the years to come with such news pertaining to lay-offs becoming even more prominent. Today, startups seem to be the flavour of the season riding on an innovative ideas, attracting investor interest and roping in executives from corporate India. "Going forward, we are prepared that 70 per cent of the starups will fail," said a senior PE executive on condition of anonymity. The firm he is associated with has funded a lot of e-commerce venture across sectors.
Delving in history a little, the biggest job losses happened in the paper and textile mills, in the eighties that were met with political intrusion to settle disputes with the owners. After all, one must not ignore the socialistic roots of the nation, which influence the youth which sometimes comes from so affluent section of the society.
The way startups are coming up, labor disturbance may become a reality over the years to come, with both white and blue collar jobs being at stake.
"Six months ago everyone was euphoric and now everyone is predicting a blip. It is not a slowdown in funding, but a correction in the ideas that will succeed and fail," says K Ganesh, founder of GrowthStory. He adds that it was sad to see that too much money went after businesses whose ideas were not tested; instead, entrepreneurs were asked to scale up fast.
Similar to Tiny Owl online restaurant-discovery platform Zomato has laid-off a part of its workforce. Although the exact number could not be ascertained, reports suggest that it could be around 300. Even in other sectors a similar story is waiting to unfold. Real estate search portal Housing.com is once again back in news and is slated to lay off 200 employees this month in a bid to tighten cost targets, say executives privy to the company's plans.
If the current situation is a precursor to what lies ahead, certain startups operating in the country's e-commerce space may well be in for a shakeup as some of the smaller companies will see their sales plummet. It is clear that the business models are not right. In Zomato's case they focused on acquisitions globally, while in India their business model, which is based on advertising, discovery and home delivery, slowed down.

Others such as etailers and grocery delivery companies are riding on spending more - in the form of advertising and discounting services- to acquire customers and consumers. The discounts that they have to dole, to win more consumers, will have etailers raising more money from investors. Currently, the issue for most startups is to gain margins, to be price competitive and to keep customer acquisition costs low. All three elements, of which, even one has not been achieved.
"Many startups will fail. Only 10 per cent will do well. But those that survive will make an impact on the Indian society," said ace angel investor and former Infosys Director Mohandas Pai in an earlier interview to BW Businessworld. Pai has gone on to invest in 30 startups in six months.
Off the 5000 odd startups, in India, only 500 will survive and only 50 will become large companies and employ people. According to a World Bank report India needs to employ 300 million young people below the ages of 21-30 by 2030.
Indeed, the startup community in India has undergone a massive makeover over the last one year paving the way for a large number of young, budding entrepreneurs to come forward and to ride on domestic consumption. While there are loads of startups mushrooming in the country, the problem in many cases lies with the 'copycats' who are chasing the money-making opportunities and are leading the so-called startup boom. In other words, success of one startup is leading another to follow the same dream, eventually resulting in lesser number of original ideas and at the same time inflating valuations. The next business that will perhaps lay off people will be the hospitality aggregators.
"The nature of the business in the startup space is such that on an average even if one out of 10 becomes a blockbuster, the purpose is served," said Arvind Mathur, President at Private Equity and Venture Capital Association (IVCA).
However, this would also mean that those that fail will actually have to let go off their talent which may actually spell a huge 'retrenchment' in the coming years. Currently, startups are roping in talent in hordes from established companies to expand their operations.