IT Companies To Be Very Selective 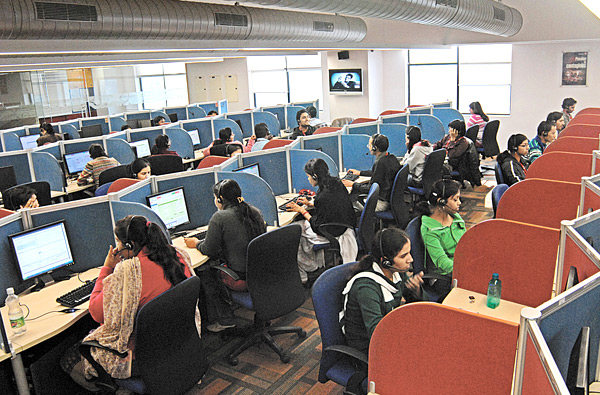 08 November, 2014
Print this article Font size -16+
Hampered  by the slowdown in the global economy, and the consequent shortening of contracts, information technology (IT) companies are now battling an inability to forecast hiring requirements for the coming year.
According to head hunters specialising in the IT sector, most big companies such as Tata Consultancy Services (TCS), Infosys, Wipro and HCL Technologies, among others, are looking to hire on a project-by-project basis. This has resulted in a reduction in the number of professionals on the benches.
The standard contracts, which have tenures of about 24 months, have now been shortened to six-eight months. “The hiring is a lot more sporadic now, given the fact that most companies are now working with shorter contracts,” says Samir Doshi, director, Sampoorna Computer People, an IT-focused hiring company.
TCS, which is the largest IT company in the country by revenues and employs over 2.5 lakh people, says that while it is in the process of finalising its hiring plan for 2013-14, it plans to bring on board 25,000 fresh recruits from college campuses during this period, along with other professionals. This is a marked reduction from the 37,000 fresh hirings in 2012-13.
However, in keeping with the changing scenario, TCS plans to reduce ‘bench’ and increase employee utilisation so as to combat the lack of predictability in project implementation. “We are looking to increase our employee utilisation from around 80 per cent currently to about 83 per cent in the next year,” says Ajoy Mukherjee, Global head and vice-president, human resources, at TCS.
HCL Technologies, the fifth-largest IT company in India by revenues, says that there is a lot more focus on niche hiring as opposed to hiring by the big numbers and then assigning projects. “A lot of our hiring is targeted hiring where we are taking people on as we go along based on the project requirement. At present, for example, we are very bullish on the infrastructure vertical. That means that a lot of our current hiring is targeted towards a specific vertical,” says Prithvi Shergill, chief human resources officer at HCL Technologies.
This trend is further explained by Doshi, who says that niche hiring makes sense in an environment driven by short-term projects. “Earlier, a company would want Java writers. Now, given the fact that they are hiring to fill specific requirements, the requests are geared towards specific verticals such as healthcare and retail,” he says.
Despite the slowdown, however, the shortage of quality coders continues. “While there has been a slowdown in hiring, there is still a supply gap, because more and more people are hiring candidates with niche skills, for which there is still a shortage,” says Uday Sodhi, CEO of HeadHonchos.com.
According to a recent survey by HeadHonchos, hiring in the IT sector is slated to grow by 56 per cent in 2013-14  compared to 52 per cent in other sectors. Also, interestingly, senior-level recruitment in the IT sector is slated to grow at 2.4 per cent compared to 2 per cent in the rest of the industry.
Business process outsourcing (BPO), often seen as IT’s poor cousin, is set to ride out the storm unaffected. According to industry analysts, hiring in BPO firms will remain unaffected in the coming fiscal. “Most BPO companies’ growth outlook will be comparable to 2012-13. The slowdown will not make much difference,” says Sodhi.