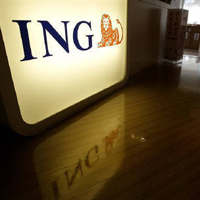 08 November, 2014
Print this article Font size -16+
Dutch banking and insurance group ING said on 23 January, 2013 that it has agreed to sell its 26 per cent stake in Vysya Life Insurance to its joint venture partner Exide Industries which will also buy another 24 per cent from two other promoters.
ING said the divestment is part of its sale of all of its Asian insurance and investment management operations.
Exide Industries at present holds 50 per cent stake in ING Vysya Life Insurance Company. The remaining 24 per cent stake is held by other two promoters Hemendra Kothari Group and Enam Group.
Exide proposes to pay about Rs 550 crore for 50 per cent stake, thereby valuing the ING Vysya Life at about Rs 1,100 crore.
"The company has in principle decided to acquire the remaining 50 per cent of the equity capital of ING Vysya Life (26 per cent from ING Group, 16.32 per cent from the Hemendra Kothari Group and 7.68 per cent from the Enam Group) for an aggregate consideration of Rs 550 crore approximately," Exide Industries said in a statement.
ING's exit from the Indian life insurance joint venture is part of the previously announced divestment of ING's Asian Insurance and Investment Management businesses, the Dutch banking and insurance company said in a statement.
The process for the remaining businesses is on-going. Any further announcements will be made if and when appropriate, it said.
The deal is subject to regulatory approvals, it said, adding, the transaction is expected to close in the first half of 2013.
Exide further said that it will look for a new foreign partner for its life insurance company.
"Post such acquisition Exide has in principle decided to identify and induct a new international player in the life insurance genre to infuse fresh equity into IVL for the company's expansion plans," it said. .
The sale of Vysya Life Insurance does not impact ING Vysya Bank, a listed Indian bank in which ING has a 44 per cent stake, nor ING's fund management operations in India, ING said in a statement.
The Dutch financial group had said a year ago that it would consider ways to dispose of its Asia insurance and investment management businesses separately from its European businesses, a move that would help it pay back the 2008 bailout it received from the Dutch government.
South Korea's Samsung Life Insurance had also shown interest in acquiring ING Groep's Asia-Pacific insurance operation as part of its overseas expansion strategy.
Fall From Grace
India's insurance business was full of promise when it was thrown open to competition in 2000, but has instead been brought to its knees by losses, regulatory change, uncertainty and a sharp slowdown in economic growth.

A proposal to raise the foreign ownership of insurance firms to 49 per cent from 26 per cent, key to bring in funds to the loss making sector, has been pending for a long time due to fierce political opposition to the move.

The life insurance industry, which makes up about three-quarters of the Indian insurance sector, has lost a combined $4 billion in the past decade and was battered by a 2010 clampdown on the sale of lucrative equity-linked products.

Nine of the 23 private sector life insurers in India, including units of HSBC, Italy's Generali and Dutch life insurer Aegon, lost money in the year ended in March 2012, according to the sector regulator.