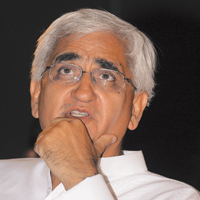 Struggling to re-establish the identity of its members, the Institute of Cost and Works Accountants of India (ICWAI) is crying foul, saying the new Companies Bill is loosely drafted, and insisting it will hamper not only their functioning but that of corporate India.  In a presentation he is making to the Ministry of Corporate Affairs in mid-October, ICWAI President G.N. Venkataraman will push for the definition of auditors, and for extending the work area of cost auditors by re-defining the class of companies mentioned in the 2009 Companies Bill.

According to Venkataraman, ICWAI wants changes in the Section 131 of the new Act. "There is no clarity in the Act as to who would be auditing the cost records of a company," he says. Although Sub-section V of Section 131 (1) in the proposed Bill does talk about cost accountants submitting audited records to the board of directors, "The question remains, who will be auditing the records"?

As Minister of Corporate Affairs, Salman Khurshid has observed that the present Bill is shaped for self-regulation and liberalised corporate functioning, and limits cost accounting to the "class of companies" defined to be functional in manufacturing, infrastructural works, mining, processing and production. If  the government wishes to include other sectors, it would have to be done in consultation with the regulator and interested parties. In the previous Act, the Union government could ask for the audit of any registered company by members of the ICWAI.

"It is a big surprise for us," says Kunal Banerjee, former president of ICWAI. "How can we be expected to exclude the service sector from the purview of the Act? It is the biggest contributor in our economy. If Satyam's cost accounting had been done, an alert could have been sounded earlier. Keeping the service sector out [of the bounds of cost accounting] is no solution and will not help anyone."

Last year, when the Companies Bill was introduced in Parliament, only to lapse with the culmination of the last Lok Sabha, the B.B. Goyal expert committee had given its opinion along similar lines. The present Bill, however, has not accepted any of its recommendations. In fact, the ministry has responded by pointing to a procedural limitation: that any alteration would have delayed the Companies Bill at least by a year.

"We are still open for changes, which can be made on the recommendations of the standing committee [of Parliament] and by the ministry itself," says a senior official from the corporate affairs ministry.

Meanwhile, ICWAI has also asked the Ministry of Corporate Affairs to amend the ICWAI Act and rename it the Institute of Cost and Management Accountants Act. "We have received several representations from various members as they are finding it difficult to get jobs and pay hikes in the world of corporates and MNCs," says Venkataraman. World over, works accountants are recognised as management accountants as their area of work is the same. Khurshid has already given verbal approval for this change.

ICWAI is a poor cousin of the Institute of Chartered Accountants of India (ICAI), most cost accountants fear this latest setback could open a backdoor entry for chartered accountants to usurp their role.