Washington [US], August 7 (ANI): Former first lady of America, Michelle Obama has taken it to social media to assure her podcast audience that she is "doing just fine" following her opening up about "dealing with some form of low-grade depression" in this week's episode.
According to the People magazine, in the latest episode of her new podcast 'The Michelle Obama Podcast', she spoke with former NPR (National Public Radio) host Michele Norris about the "emotional highs and lows" of the past several months -- carrying topics from the pandemic, quarantine, protests against racism and more.
"Spiritually, these are not fulfilling times. So, I know that I am dealing with some form of low-grade depression," the magazine quoted Michelle as saying during the conversation. 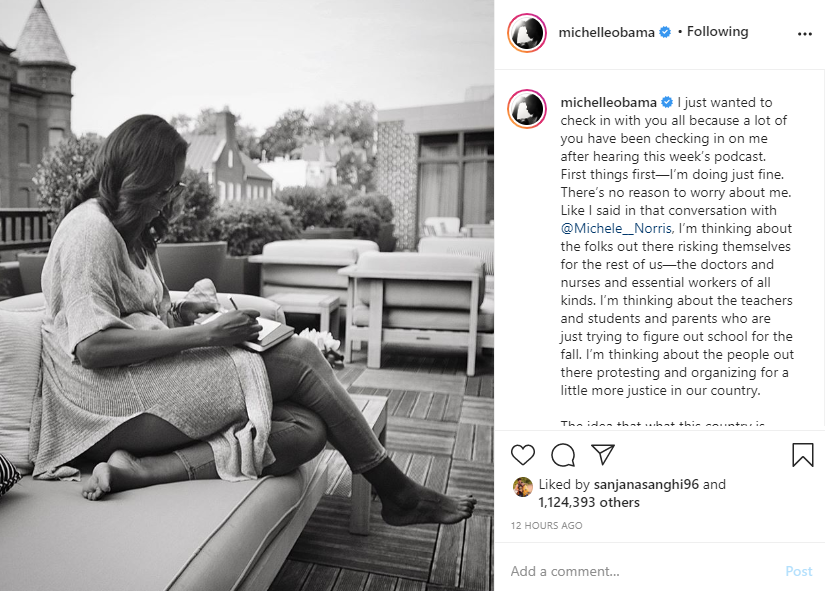 Followed by this topic, the 56-year-old author hopped on to Instagram on late Thursday and assured her podcast listeners that she is "doing just fine" and there was no reason to worry about her, as many of her admirers constantly checked on her after the podcast session.
Sharing a black-and-white photo of herself journaling on the outdoors, the former first lady also noted that people should allow themselves to "feel whatever it is you're feeling" during the novel coronavirus pandemic, nationwide protests against police brutality, racism and elections.
"I just wanted to check in with you all because a lot of you have been checking in on me after hearing this week's podcast," Michelle wrote in the caption for the photo.
She added: "I hope you're listening to yourselves and taking a moment to reflect on everything that's coming at us and what you might be able to do about it."
The 'Becoming' author concluded by thanking those who have reached out to her and encouraged them to reach out to "all those you're closest with, not just with a text, but maybe with a call or a video chat. Don't be afraid to offer them a shoulder to lean on, or to ask for one yourself. Love you all." (ANI)