I K Gujral: A Suave And Sober Politician 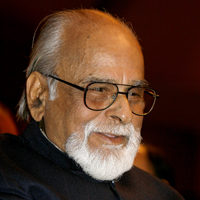 08 November, 2014
Print this article Font size -16+
A suave and sober politician, Inder Kumar Gujral belonged to that genre of intellectuals who made a mark in the country's foreign policy and a slice of luck catapulted him to the Prime Minister's office, though briefly.

Twice a foreign minister, Gujral authored a foreign policy doctrine called the "Gujral Doctrine" (a set of principles to guide the conduct of foreign relations with India's immediate neighbours), which was widely acclaimed not only in India but also outside.

Capping a long political career that saw him occupy positions in various ministries under the late Indira Gandhi, who made him Ambassador to the then superpower USSR, Gujral became the surprise choice of a motley group of regional parties to be the Prime Minister of Janata Dal-led United Front government in 1997.

With tussle among several claimants including Mulayam Singh Yadav, Gujral became the consensus choice after Congress under Sitaram Kesri withdrew support to H D Deve Gowda. It was another matter that the experiment failed and in 10 months the nation was forced to go to polls.

Born on December 4, 1919 in Jhelum town now in Pakistan, Gujral belonged to a family of freedom fighters and had actively participated in the freedom struggle at a young age and was jailed in 1942 during the Quit India Movement.

After the tumultuous events that rocked the Indian sub-continent in the wake of partition in August 1947, Gujral crossed over to India.

Braving heavy odds with his perseverance, resilience and never-say-die attitude, Gujral first became vice-president of the New Delhi Municipal Committee in 1958. He formally joined Congress and six years later, Indira Gandhi, to whom he said he owed everything, gave him a ticket with which he entered Rajya Sabha in April 1964.

This was the beginning of a long innings, both in the national politics and diplomacy.

He was part of the 'coterie' that helped Indira Gandhi become Prime Minister in 1966. In Gandhi's government, he held several portfolios as Union Minister for Communications, Parliamentary Affairs and Housing.

He was the Information and Broadcasting Minister when Emergency was imposed (on June 25, 1975), which brought in arbitrary press censorship.

Since he refused to kowtow to the powers-that-be, he was taken out of the Ministry and sent by Indira Gandhi as Ambassador to Moscow, a post he handled with tact and finesse.

He continued even during the tenures of her two successors, Morarji Desai and Charan Singh.

After his stint in Moscow, Gujral returned to India. Leaving Congress in mid-1980s, he re-entered power politics by joining Janata Dal.

In the 1989 elections, Gujral was elected from Jalandhar parliamentary constituency in Punjab and he became Minister for External Affairs, first under V P Singh (in December 1989) and then under Deve Gowda (in June 1996).

He was a Rajya Sabha Member twice between 1964 and 1976, a member of the Lok Sabha from 1989 to 1991. With Lalu Prasad's help, he became a member of Rajya Sabha in 1992 after his election from Patna Lok Sabha constituency was countermanded.

He was re-elected to Lok Sabha in 1998 from Jalandhar in Punjab as an independent with help from Akali Dal.

Exigencies and coalition pressures felled his government in just 10 months when the Congress party decided to withdraw support to the United Front.

A controversial decision of his government was its recommendation for President's rule in Uttar Pradesh in 1997, which the then President K R Narayanan refused to sign and sent it back to the government for reconsideration.

His wife, Sheila, who died in 2011, was a poet and author and his brother Satish Gujral is a prominent painter and architect. He leaves two sons, one of whom Naresh Gujral is a Rajya Sabha MP and now an Akali Dal leader.