How We Ranked The B-schools 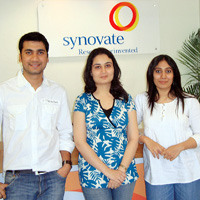 Objective Survey
A structured questionnaire split into six main parameters and sub-parameters was emailed to all approved B-schools. The questionnaire was also uploaded on to Businessworld's website. A minimum entry criterion of at least two batches having passed out by 2009 was maintained to filter out the recently established institutes. B-schools that are not recognised by AICTE, UGC or the Union human resource development ministry were allowed to participate for the first time, though an additional weightage was given to recognised institutes. A total of 230 institutes were contacted, of which 118 institutes responded by sending in the filled-in questionnaires and supporting documents. The questionnaire kits were closely scrutinised for the entry criterion, and back checks were done to ascertain the genuineness of the information provided. A few students from some institutes were contacted to validate the factual information — specifically related to infrastructure and industry interface — provided by the B-schools. After the scrutiny, the information was further validated from secondary sources and included for the survey. After scrutiny and validation of the data, 111 institutes were ranked; seven institutes could not be ranked either because of incomplete data or for not meeting the entry criterion. Fifty institutes declined to participate (list is available on www.businessworld.in).

Perceptual Survey
A structured questionnaire was utilised to administer the perceptual survey amongst the academic community: faculty members, recruiters and industry experts, MBA aspirants, and existing B-school students. A total of 1,202 respondents were interviewed across 10 cities: Delhi, Lucknow, Kolkata, Patna, Mumbai, Pune, Indore, Ahmedabad, Bangalore, Chennai and Hyderabad. The respondents were asked to rate the institutes that they were familiar with on six parameters based on their perception: infrastructural facilities (accommodation, recreational activities, IT infrastructure); educational system (overall curriculum and student evaluation mechanism); selection procedure for admission to the institutes; campus placements including salaries; industrial visits and corporate visitors conducting seminars & classes; and intellectual capital (quality of faculty and students). Proper geographical spread (sample size of 300 interviews) across zones was maintained to ensure equal spread of B-schools in the survey. Following were the quotas followed, across zones: recruiters (30 per cent); senior faculty members (30 per cent); MBA aspirants (20 per cent), and students (20 per cent). Institutes that declined to participate in the objective survey have been kept out of the perceptual survey as well.