How To Salvage A Sullied Image 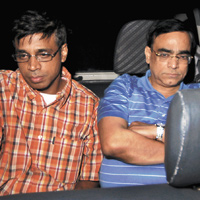 This may just be redemption time for Price Waterhouse, the firm that audited Satyam while Chairman B. Ramalinga Raju allegedly oversaw India's biggest corporate fraud at the software maker. On Tuesday, Corporate Affairs Secretary Anurag Goel and Solicitor-General Gopal Subramaniam discussed the developments in the courtroom proceedings of the Satyam debacle, the role of Price Waterhouse and what action must be taken against the accounting firm. According to corporate affairs ministry officials, it was decided to wait for the report of the Institute of Chartered Accountants of India (ICAI) before taking the final step against Price Waterhouse.

However, PW, which also audits the GMR and HCL group entities, says it does not know the basis of ICAI statements, nor the evidence on which it is relying upon. While PW maintains there is no evidence to suggest that the two PW audit partners were complicit in or otherwise aware of the Satyam fraud, it is equally worried about the swelling negative publicity and applicable ICAI punitive actions, including a life ban (to be confirmed by higher courts) for "internal deficiencies". Even if inadvertent, the Satyam scam is the third major incident that has brought it infamy after Global Trust Bank — where it showed lesser non-performing assets (NPAs) leading to the bank's collapse — and DSQ Software, where PW brought out the fraud by the promoters.

Industry sources say some clients have sought extra due-diligence on audited accounts, especially in a few of the M&A discussions. "A major flaw in the law is that auditors are recommended by the management. Hence, they are forced to remain friendly," says Daksha Bakshi, executive director of Khaitan and Co.

Recently, the Supreme Court ruled that it is up to the government to decide the course of action against PricewaterhouseCoopers (PwC) in a tax case relating to errors in computing its own income for 2000-01. PwC's argument that the penalty under Section 271 (1)(c) of the Income Tax Act, 1961, cannot be imposed if there was merely a bona fide "human error on an employee's part" while preparing the return, was not accepted. PwC, which paid the penalties, hopes the issue will now be closed by the tax authorities. A professional services firm, PwC is a separate and independent legal entity like PW in the PricewaterhouseCoopers network headed by Ramesh Rajan in India. Globally, the $28-billion PwC is part of the Big Four — alongside KPMG, Ernst & Young and Deloitte Touche Tohmatsu.

Stung by the all-round disapproval, PW has now set up an independent advisory board — led by former cabinet secretary Naresh Chandra, former comptroller and auditor general of India V.K. Shunglu and former chief election commissioner B.B. Tandon — to provide external guidance to ‘re-emphasise audit quality'. PW is appointing a quality assurance and risk management head and a new leader of its national assurance practices. "The problems at Satyam have created a difficult environment, and we are taking all the necessary steps to demonstrate to our clients and other stakeholders our commitment to the highest standards," says Rajan.

However, experts say both PW and PwC are still seen wanting in action. PW should have done an internal investigation on partner deficiencies before coming out with a clear public statement on its intention to clean up the system and improve faith in its partners. In fact, there was internal resentment after S. Gopalakrishnan and Srinivas Talluri, partners in Satyam scam who were earlier involved in GTB issue, too, got clean chits. "In PwC's case, the argument of a human error in tax computation by a tax advisory flies in the face of professionalism," says an industry source.