How To Find Needles In Haystacks 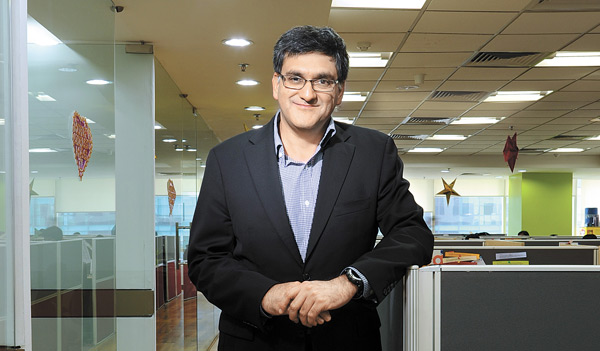 08 November, 2014
Print this article Font size -16+
Jessica, a 28-year-old New Yorker, loves to buy her clothes at her favourite online store. While she prefers, and regularly purchases, expensive dresses and jeans, she is also particular about the fit. What this means is that she often ends up returning many of the things to the retailer within a week of delivery as the clothes don’t fit her well enough. And it isn’t just Jessica. Every week, thousands of women across the US return apparel to the online retailer.

As the returns began mounting, the online retailer realised that his business model was under threat. That’s when he approached AbsolutData for a solution. AbsolutData studied the purchase and return patterns of consumers closely. “We were able to identify 6-7 common body shapes and the designs that would fit  them. So when the consumer clicks to buy a pair of skinny jeans, she is informed that it may not suit her,” says Anil Kaul, CEO and co-founder of AbsolutData. Of course, the consumer can still go ahead and buy the pair of jeans. But what the retailer is now able to do is provide shoppers like Jessica with a personal shopper. And the plan has worked; since the time AbsolutData’s solutions were implemented, fewer buyers are returning things they bought at the online shopping portal.

Vishal Gondal, managing director of Disney UTV Digital, says he can get a lot of information about people playing video games — their location, frequency of play, when they play, and for how long, etc. This information is used to provide targeted advertising to the player.

These are just some of the ways in which data analytics is making a difference to companies and people’s daily lives. Today, companies doing data analytics are providing solutions to large corporations in insurance, retail, telecom, marketing and e-commerce. Data is the new raw material and, for companies, competing with analytics is the new mantra for innovation, excellence, and leadership.
Bigger Bytes
The analytics business globally has changed dramatically in the past couple of years, driven by the rising volume, variety and velocity of data generated. Until 2003, the world generated 5 exabytes (1 exabyte = 1 trillion gigabytes) of data. According to Sapient Global Markets, the total data generated worldwide during 2012 alone is expected to touch 2,700 exabytes, a 48 per cent increase over 2011. According to SAP, in 2013, close to 33 per cent of a company’s business intelligence functionality will be available on handheld devices.

Till quite recently, all the data generated was either text or numbers. But not any more. It now includes voice, pictures and videos, thanks to frequent use of social media. Then there is email communication, weather information, news, opinions, and GPS data that have to be accounted for. Data is being generated not just by companies and governments, but by smartphones, tablets and connected devices, including cars. In India there are over 700 million active mobile phone users (second only to China) and over 62 million Facebook users (third globally). Therefore, there is no shortage of raw material for analytics.

Moreover, it is not only the sheer quantum but also the velocity of data generation that has increased. Mobile phone users and Facebook subscribers, for instance, are continuously generating data, which is being analysed by companies. Thanks to the mounting data availability, analytics has now become a central function for companies and most decisions are based on what the analytics team delivers. Earlier, analytics was a specialised function, far removed from key decision-making functions such as sales. The data analysers were a team that was usually buried deep inside an organisation, focused only on number crunching. But all that has changed now.

According to a Nasscom report, the Indian data analytics business is expected to grow at a compound annual growth rate (CAGR) of 25 per cent to become a $1-billion industry by 2020 from its current size of $200 million. It is this growing market that Indian companies and a host of global players are looking to tap.

Many, in fact, feel that the data analytics boom will be similar to the boom in the IT sector in the late 1990s. Says C.K. Guruprasad, principal, global technology and services, Heidrick & Struggles: “Analytics is not just a fad, but an area that is relevant and prevalent.” But the big difference is that unlike the IT industry, there are only a few product companies in the Indian analytics space.

Number Play
Not only the scale, the purpose of analysing data is also changing. Until now, Indian data analytics companies were catering to the needs of multinationals. But, of late, Indian corporations, too, have been taking a close look at the data they generate. Says AbsolutData’s Kaul: “The senior management of large Indian companies has started asking questions relating to analytics. That is a clear sign that one will see activity soon.” The government, too, is waking up to the benefits of analytics.

In some of the ‘captives’, the India analytics team would already be the largest across the world. Dell, for example, has a team of 450 people based in Bangalore. The team is divided across seven verticals — marketing, online, products, pricing, supply chain, Dell financial services and Dell services. Says Pankaj Rai, director of Dell Global Analytics: “Everyone wants to have a business where they can take better decisions. Analytics is an enabler of that.”

While there is growth across the spectrum, it is the pure-play boutique operations that are in the fast lane. The biggest Indian data analytics company is Bangalore-based Mu Sigma, which has over 2,500 employees across India, the US, the UK and Australia. In terms of the number of employees, it is in the same league as global analytical biggies such as UK-based Buxton and Dunnhumby, and US-based iKnowtion. Some of these companies are also looking at a presence in India. Dunnhumby, for example, has already started operations in Gurgaon.

Dhiraj Rajaram set up Mu Sigma in 2005, soon after he quit the Chicago office of consulting firm Booz Allen Hamilton. “Setting up the company was easy, but getting clients was a tough proposition. It was even tougher to convince people to join a start-up,’’ says Rajaram. But within nine months of starting operations, Rajaram got his first client — Microsoft. The company now caters to the analytics needs of at least 100 of the Fortune 500 companies, and has a run rate of $100 million a year. “Today data-driven decision-making is a necessity. It is critical to lowering costs.”
break-page-break
While Rajaram is the poster boy of the Indian data analytics market, there are a clutch of analytics companies, mostly operating from Bangalore and Gurgaon. The larger ones like Fractal Analytics and AbsolutData have 300-350 employees, while the smaller outfits have 100 or less. While these companies are in the mid-rung, it is the smaller companies that give bigger bang for the buck.

Why are Indian companies getting into analytics? It is primarily due to the availability of high quality talent (mathematics and statistics graduates), lower cost of operations than in the US and the dollar arbitrage while working for international clients. Says Roy Cherian, co-founder and CEO of Bangalore-based Marketelligent: “The opportunity in India is huge. There is space for another 50 companies to enter.” According to a McKinsey report, over 13,000 students graduate in India with deep analytical skills every year. That’s the most after the US and China. These students constitute the talent pool that is behind the boom in data analytics companies.

The Start Line
It is still early days, but analytics has huge potential. Says Guruprasad of Heidrick & Struggles: “We will see some data millionaires emerge over the next five years, but there will not be as many as in the IT and BPO business.” That view is supported by Kaul who claims that in another 2-3 years there will be a couple of billion-dollar companies from India.

The potential is also based on the wide range of solutions that these companies can provide. For example, providing solutions to airports to manage flights; managing inventory levels for manufacturing companies; and providing the right candidates for select jobs.

Bangalore-based Nabler (set up in 2005) has moved from digital marketing to web analytics. Says Seby Kallarakkal, the company’s CEO: “The big growth has been in the past couple of years. We ramped up from a 20-person team to an 80-person team.” Nabler’s clients include video games company Electronic Arts, digital marketing agency Triad Retail Media, and marketing firms McDougall Interactive and the Barbarian Group. Nabler has just one Indian client because, as Kallarakkal says, it is a lot easier to do business with US companies.

“India being a heterogeneous market is more problematic. Therefore, we need to cross-reference data from different sources before we can do effective analytics of people in a particular area,” says Damiano Cracolici, head of decision analytics at Experian India.

The one advantage that Nabler has is that  companies in the sector have limited experience. “We are all at the same starting line.”

Gautam Munshi and Pavan Bhat, founders of Redwood Associates, agree. Set up in 2006, the 28-employee firm has moved into a larger premise in Bangalore’s Koramangala recently. Redwood developed a product called ‘Look beyond Resumes’, which helps companies identify whether a high-performer in one company will do as well in another. Redwood mines résumés that potential jobseekers provide. Munshi says that a standard résumé throws up 1,000 variables that can be used to determine how an employee will perform. “By using the right tools, it is possible to map the right person to the right job in a company.”

The Big League
While the Indian analytics industry is still in the growth phase, it is facing teething trouble. The biggest being getting the right talent. While the volumes are there, companies realise that there are only a few that can combine business skills with analytics. To bridge this gap, companies conduct focused training camps for employees. Some like Nabler conduct a six-week boot camp. Says Atul Jalan, managing director and CEO, Manthan Systems: “There is a demand-supply mismatch now. But that is only normal.” The emergence of analytics has given a new lease of life to mathematicians, statisticians, economists and econometricians. For instance, 22 of the 650 employees at Manthan have a PhD in mathematics.

While the majority of the analytics companies is small, a handful of larger companies has begun  to acquire critical mass. That number should increase considerably as more companies scale up in the coming years.