How To Fight Non-tariff Barriers & Win It 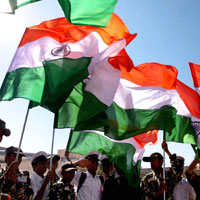 08 November, 2014
Print this article Font size -16+
Even as for the first time in decades a Japanese leader will be attending India's Republic Day parade on 26 January, 2014, indicating the growing importance of Japan-India relations, India’s shrimp exporters have shown how a non-tariff-barrier imposed on them by a major export destination such as Japan can be worked to their advantage.

Eighteen months after Japan minimised the maximum allowable level of ethoxyquin trace in shrimps to 0.01 parts per million (ppm) – a standard that was seen as extremely difficult to comply with -- Indian exporters have gained their market share in that country and became the largest supplier of frozen shrimp to Japan in recent months.

According to Marine Products Export Development Authority (MPEDA), India overtook Vietnam and Indonesia to become the largest supplier of frozen shrimp to Japanese market since September 2013. Overall seafood imports from India also showed an increase of 44.15 per cent in value during the same period, though the quantity showed a slight decline of 0.17 per cent. A sustained lobbying against the Japan’s notification which was taken up simultaneously by the central government also saw Japan revising its stand on residual limit by notifying allowable ethoxyquin, a key ingredient in shrimp feed, to a reasonable 0,2 ppm level last month.

For the January–November 2013 period, however, India continued to be in the third place behind Vietnam and Indonesia in terms of shrimp supplies to Japan. The total shrimp exports up to November 2013 to Japan were 29153 tons worth 29651 million Yen.

MPDEA points out that the export of shrimp from India increased 20.10 per cent in quantity and 61.79 per cent in value on an year on year basis for the period January–November 2013 compared to 2012. The increased intake in the country was attributed to short supply of shrimps from other major shrimp farming countries due to the Early Mortality Syndrome (EMS) disease and increased confidence in Indian farmed shrimp, especially the white leg (Litopenaeus vannamei) variety.

The import inspection authorities of Japan had suddenly enforced the default level of 0.01ppm for Ethoxyquin in shrimps from India and Vietnam without any reason in August 2012.

The sudden decision saw several of the Indian consignments getting rejected from Japanese ports.

The issue was immediately taken up with the Japanese Ministry of Health, Labour and Welfare
(MHLW), METI and Ministry of Foreign Affairs, Japan by Ministry of Commerce & Industry,

MPEDA and Embassy of India, Tokyo citing the lack of scientific reasoning behind their action. Subsequently, then Minister of Health, Labour & Welfare referred the matter to the Food Safety Commission (FSC) under Cabinet Secretariat to asses and recommend Accepted Daily Intake (ADI) of Ethoxyquin in shrimps. The issue was also taken up at almost all bilateral meetings between India and Japan including at the Prime Minister’s level.

Subsequently, the subcommittee of Food Safety Commission fixed the ADI for Ethoxyquin as 0.0083 mg /kg body weight in its meeting on 19th November 2013.

MPDEA Chairman Leena Nair confirmed that the Japanese authorities has fixed the MRL at 0.2 ppm in crustaceans including farmed shrimp, thereby  ending the 18 month long battle by MPEDA, with the support of Ministry of Commerce & Industry and Embassy of India, Tokyo. The revised MRL has been notified on 2nd December 2013 for public comments in Japan, as also placed in WTO.