How The Rich Invest 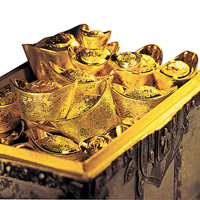 Interestingly, the latest Kotak Wealth Report only confirms the trend. According to the report, by the end of March 2012, investments in alternative asset class by UHNIs are expected to jump to 11.20 per cent from 9.30 per cent in March 2011 (see ‘The Investment Preferences Of The Super Rich').

There is a catch, though. While HNIs are comfortable with PIPE deals, they are still hugely uncomfortable with the classic private equity investments, which require investing in the unlisted space. The key issue, according to Thakur: apart from no visibility for 8-10 years, there is also huge uncertainty about returns. Therefore, they are not ready to invest. "Forget private equity; it's a clear ‘bye-bye'," says Thakur. "But they are willing to invest in products with shorter duration for 3-4 years. One of the reasons why we were able to raise money for our funds is we also give investors a redemption option after 18 months."

"This is because most Indians don't like to hold on to a stock for more than 3-4 months," says Peter Brooks, vice-president for research, economics and strategy at Barclays Wealth. "Fifty-five per cent of wealthy Indian individuals believe that trading frequently is necessary for high returns. That is ironical when 49 per cent of them know they trade more often than they should."

The reason for the discomfort was the lack of faith and trust in the advisor community. People were fed up of the distribution model of wealth management, which was of pushing products. "They were disillusioned with a lot of big-name fund managers who underperformed," says Thakur. "They were quite reluctant to buy products. Instead they preferred to invest the money in their own business."

The failure on the part of star fund managers to protect capital opened up an opportunity for ‘quant' strategists. "The thought process among clients is, when managers cannot control the market and understand its volatility, let me invest some of my money in funds that have been designed through quantitative techniques," says Ashish Khetan, executive vice-president and head of family office at Kotak Wealth Management. "Players that don't want to handle a portfolio go the quant way. Quant has given returns, but in India they are still nascent and not tested extensively."

break-page-break
This may not be a permanent trend, but it is clear that clients have become more watchful and demanding. As Sutapa Banerjee, CEO for private wealth at Ambit Capital, puts it: "There have been two distinct trends over the past      12-18 months in the wealth management industry. The biggest change is that clients have become more proactive. Apart from trying to understand the product in depth, they are more curious to know and understand the risk that they will be taking in the offered products. The second is the regulatory change that has seen the industry slowly shifting towards the advisory model."

It is clear that HNI clients have moved away from traditional products of equity and mutual funds, and they have become savvy with structured products. Though such products aren't new, they have certainly evolved and gained in popularity. Investors, too, have understood them better over the past few years. "Investors are savvy and they are willing to invest but for the right products," says Thakur. "Clients are allocating anywhere between 7 and 8 per cent of their wealth in alternate classes. This has increased from 4-5 per cent in the past two years."

Meanwhile, the trend that has caught the fancy of HNI clients in the past year is where promoters have pledged shares to raise money from the market. The pledged shares were kept as underlying and products were structured as debenture. These have given returns of 15-18 per cent, and have been lapped up by HNIs. These days, real estate developers are most active, as banks have more or less closed the door on them. "We have had developers come forward and pledge their land for raising money," says Khetan. "These products are high on the risk curve, but these are also the emerging trends. Given the return expectations of clients, these give better returns." For Khetan, players who dislike the volatility of the equity markets, but are capable of taking high risks, are getting into such products. "We are seeing this trend in the past 12-18 months," he says. "Exposure in such products can be anywhere between 1 and 12 per cent of their portfolio."

Despite the various product mixes available, investment in real estate tops the investment choice of wealthy Indian individuals. Of the total pie of investment, nearly 37 per cent goes into real estate. According to the Kotak report, that is expected to cross 40 per cent by March 2012. "Big boys aren't investing in anything exotic; they are looking at second and third homes; they are looking at luxury houses," says Khetan. "However, in my view, these are not investments, but luxury."

Another emerging trend is investment behaviour. India has not seen much of investment psychology, but this branch of wealth management tries to bring sanity among investors. Firms have realised that advice should be kept simple, and every manager needs to be trained and inducted into the asset-allocation paradigm. Says Khetan: "The intensity came after the financial crisis. The clients whom we surveyed revealed that they want their advisors to give proper advice rather than sell products." The reason: HNIs are busy people who do not have the time to do thorough research themselves. Says Ambit Capital's Banerjee: "Though the wealth management business continues to remain a relationship business, we have seen a small shift among clients that prefer the institutional approach rather than being completely dependent on an individual."

Then, there is the acceptance of the institutional family offices that are not only for consolidating HNIs' investments, but also for dealing with banks on their behalf, and advising on a host of other things such as business restructuring, philanthropy or even CSR activities. Though family office is a small subset of wealth management (around 3-4 per cent), the need is clearly being felt by the wealthy. Says Khetan: "I believe over a period of time, every large family will end up with a family office." Banerjee agrees: "Going ahead, I see family offices playing a huge role in wealth management that will open a multi-manager platform, and players will shift from a commission-based to a corpus-based income model."