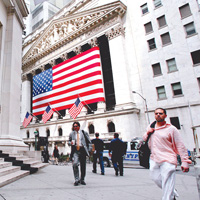 08 November, 2014
Print this article Font size -16+
The origins of a vitriolic battle that has pitted billionaire hedge fund manager Bill Ackman against rivals such as Carl Icahn, Dan Loeb and George Soros can be traced back to a routine event in the world of investor activism: The unveiling in late December of Pershing Square Capital Management's bearish bet against Herbalife.

Hedge fund industry sources said the timing of the three-hour presentation - less than a week before Christmas - riled other investors and brought out into the open festering resentment against Ackman, already seen by some as too arrogant even for the alpha-male world of hedge fund managers.

The source of the frustration was the instant - and so far, ephemeral - boost Pershing Square got by publicizing its bet just as the year was ending. The 20 December presentation led to a 21 per cent plunge in Herbalife's stock. That meant Ackman's $1 billion wager helped his $11 billion hedge fund gain 5.8 per cent that month, and end the year up 12.4 per cent. The results were far better than average for hedge funds last year, which matters in an intensely competitive world where strong performance begets fees as well as fame.

A Pershing Square representative said on Friday, 16 August, the timing of the Herbalife presentation before a crowd of 500 was dictated solely by when the firm completed research for laying out its argument that the nutritional supplement manufacturer is a pyramid scheme. Herbalife's shares have soared 97 per cent this year, costing Ackman more than $300 million in paper losses, but the hedge fund is sticking by its bet. Herbalife has repeatedly denied Ackman's claims.

The Pershing Square representative, when asked about criticism of the event's timing, said: "Our strong preference would have been to do that presentation earlier."

Icahn, who has said he finds Ackman too arrogant for his taste, took a 16 per cent stake in Herbalife shortly after Pershing Square announced its short position, and has not wasted any opportunity - on TV or in other media - to take Ackman to task over the event. Soros' firm recently bought 5 million shares of Herbalife and Third Point's Dan Loeb made hundreds of millions early this year buying and selling the stock.

When asked in an interview with Reuters about the feud and why other managers keep joining the fray in criticizing Ackman of late, Icahn said: "Huh? In recent weeks? What's changed?"

Ackman drew a fresh round of criticism earlier this month, including from Starbucks Corp CEO Howard Schultz, after he launched a public fight with the board of struggling retailer J.C. Penney Co Inc, where Pershing has been invested for nearly three years, mounting an unsuccessful campaign to make the retailer appeal to a more upscale audience. The fight ended with Ackman resigning from the board last week.

These battles underscore what has been a rough year for Ackman, one of the more closely followed names in the $2.25 trillion hedge fund industry. Pershing Square is up just 2.6 per cent as of mid-August, short of the average 4.21 per cent return for the hedge fund industry and the 16.61 per cent gain in the Standard & Poor's 500 Index. The paper losses registered by the fund on Herbalife and Penney have taken the biggest bite out of performance.

These battles are raising questions in the industry about Ackman's style of investing, which employs a combination of theatrics and behind-the-scenes work with corporate boards to advocate for management and strategic changes.

Supporters maintain it can be easy to mistake self-confidence for arrogance. Ackman has bounced back from setbacks before, and his reputation is based on some rather spectacular successes.

In 2011, for example, the investor took a big stake in Canadian Pacific Railway Ltd and, within two years, made a $2 billion profit after forcing board and management changes. Before that, he turned a $60 million investment in mall operator General Growth Properties into a stake now worth $2.3 billion.

Hedge fund manager John Hempton, who has taken the other side of Pershing Square on the Herbalife trade, said he thought Ackman was "incredibly smart and profoundly stupid."

"When he is smart, he is smarter than me. And when he is stupid, he is aggressive about it," said Hempton, the chief investment officer of Bronte Capital Management.