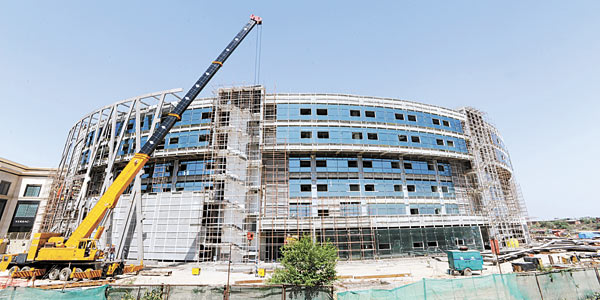 08 November, 2014
Print this article Font size -16+
The Maharashtra government has indicated that it will try and enforce the Maharashtra Housing (Regulation and Development) Rules, 2014 before the coming Assembly election in the state. However, with the Code of Conduct due anytime now, it may be a difficult task. If the Prithviraj Chavan government does succeed in enforcing the Rules, Maharashtra will become the first to bring in a housing regulator. The state government has sought objections and suggestions from the public till 10 October, following which the provisions are likely to be notified.

The Rules are part of the Maharashtra Housing (Regulation and Promotion of Construction, Sale, Management, and Transfer) Act that was passed by the legislature in 2012 and provides for the setting up of an independent regulator. However, the Union Ministry of Housing and Poverty Alleviation did not give clearance on the plea a central act was under consideration. In December last year, the Housing minister Girija Vyas finally cleared the state act after the Maharashtra CM Prithviraj Chavan agreed to incorporate the more progressive provisions of the central act, once it was passed.

The rules, once notified, will empower the regulator to bring to task developers who fail to deliver in terms of their sale contracts. For instance, builders who are unable to complete their projects can be forced to make way for the setting up of an entity constituted by 60 percent or more of the buyers, who can take possession and complete the project.

The rules provide an elaborate registration process for builders. Without registration, advertising and selling projects will be prohibited. Registration will involve full disclosure of title, layout and period of construction; and these details will be available on the website of the Regulator.

The regulating authority in the state act will be headed by a retired government official of the rank of principal secretary, who will be assisted by two member-experts. The authority will have powers to deregister defaulting developers and ban them from launching new projects. It can also impose fines of up to Rs 1 crore. The Act also has the provision of an appellate tribunal, to be headed by a retired High Court judge, assisted by 2 other members.

The fast-tracking of the Housing Regulator for Maharashtra by the Congress-led Prithviraj Chavan government is obviously being done with an eye on the assembly elections in November, this year.  The Congress-NCP government, clearly on the back foot because of an ascendant BJP, is leaving no stone unturned to show they are serious about issues that afflict the Aam Admi. But with the Code of Conduct likely to be notified in the third week of September, it is unlikely that the Rules governing the Housing Regulator can be notified before the assembly elections. No one can however say that the Congress government did not bat for the hard-pressed home buyers.