Horns Of A Dilemma 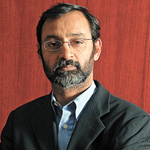 08 November, 2014
Print this article Font size -16+
Peter Lynch, the legendary head of Fidelity Investments, once said the key to making money in stocks was not to get scared out of them. He should know: in 1977, when he became head of the Fidelity Magellan fund, it had $18 million in assets. In 1990, when he quit, it had more than $14 billion. In those 14 years, the fund returned an annual average of 29.2 per cent.

Here, today, it's evident that most people have been so disappointed by the market returns that they have stayed away from it; from a variety of data, be it subscription levels in new share issues or in average delivery volumes of traded shares, the retail investor has been conspicuous by her absence. Slightly extended periods of market volatility haven't helped her confidence either.

Foreign institutional investors, on the other hand, have been jumping in with both feet, investing $4 billion in September alone, propelling the market index to over 20000; if anything, that surprising momentum since the beginning of September may have made retail investors even more cautious. Usually, a market rally of this nature encourages a number of companies to make fresh share offerings, and this time, it's no different.

As senior assistant editor Mahesh Nayak reports in this week's cover story, the number of IPOs and the amount of capital they are seeking to raise may well be one for the record books. From his conversations with market mavens, analysts and overseas investors, it is apparent that most believe that capital inflows into Indian equity markets will continue, and given the characteristics of India's growth story, the idea of ‘decoupling' may be gaining ground again.

True, the bull market is not restricted to India: all emerging markets seem to be attracting considerable amounts of money, and the same IPO trend seems to be prevalent there too. In the July to September quarter, and for the first time in decades, IPOs in emerging markets have been bigger than those in developed economies: $138 billion to $62 billion.

Is it too late for the retail investor to get in? Nayak's reporting suggests "not quite": there are a variety of ways of getting in. One conclusion: there is a market for good investment advice. People might even be willing to pay for it.