Hoping For A Miracle 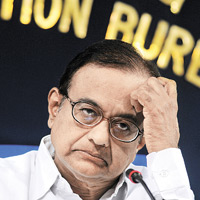 08 November, 2014
Print this article Font size -16+
If the US is staring at an economic ‘fiscal cliff’, we in India are looking at a fiscal mountain: a mountain of debt, high fiscal and current account deficits that will take years to flatten and some hard and politically unpalatable policy choices that will have to be made.

Finance minister Palaniappan Chidambaram wants to reduce the fiscal deficit to 3 per cent of the GDP in four years; his immediate target is to bring it down to 5.3 per cent this year — a difficult enough task — and to keep it at that level in FY14. To this end, he has three avenues. The first is to reduce expenditure.

Lowering subsidies on fuel will be the first target, which implies raising the administered prices of diesel and LPG that most households use daily. He has done it once so far, but will have to keep doing it at regular intervals. Then, ministries have been asked to review their administrative expenditure and identify inefficiencies where savings are possible; public sector enterprises like ONGC, the oil marketing companies and Coal India  can be asked to use the cash on their books to invest in capital expenditure.

Second, on the revenue side of the equation, disinvestment in public sector enterprises could use the private placement route rather than rely on stock markets that aren’t very enthusiastic. The telecom spectrum auction will give him some money, even if it is not going to be as much as the government had hoped for.

Third, in a depressed economic environment, raising taxes may be difficult, but limited tax increases like expanding the service tax to all services except a small negative list is a possible option. It could be a precursor to the introduction of the goods and services tax that many have been waiting for as the next reform measure.

But the fiscal gap still needs to be funded, and the secretary of the department of economic affairs has said that there will be no additional borrowing by the government in the fourth quarter. So to bring the fiscal deficit down to 3 per cent in four years, what the finance minister needs is a miracle: nature supplies one only sparingly.