New Delhi [India], July 8 (ANI): Former India batsman Sachin Tendulkar on Wednesday wished his playing days opening partner Sourav Ganguly as he turned 48 today.
Tendulkar and Ganguly have stitched together 8,227 runs in 176 innings for Men in Blue on ODIs with an average of 47.55. No other pair has crossed even 6,000 runs together in ODIs.
Taking to Twitter to wish former India captain, Tendulkar wrote, "Happy birthday Dadi! Hope our off-field partnership keeps going strong like our on-field ones. Wish you a blessed year ahead." 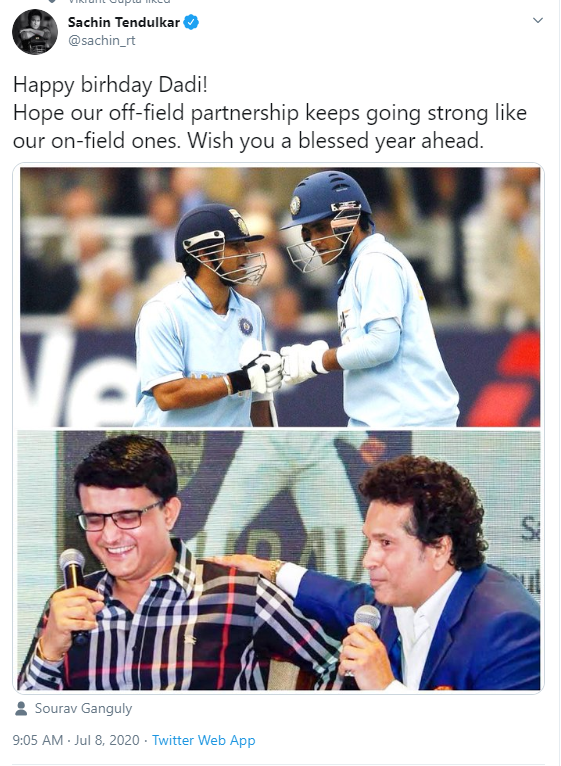 Former India batsman VVS Laxman also extended his greetings to Kolkata prince famously known as 'Dada' in the cricket fraternity.
"Many more happy returns of the day @SGanguly99. May you taste ever more success and receive more and more love. Have a great day and year ahead #HappyBirthdayDada," Laxman tweeted. 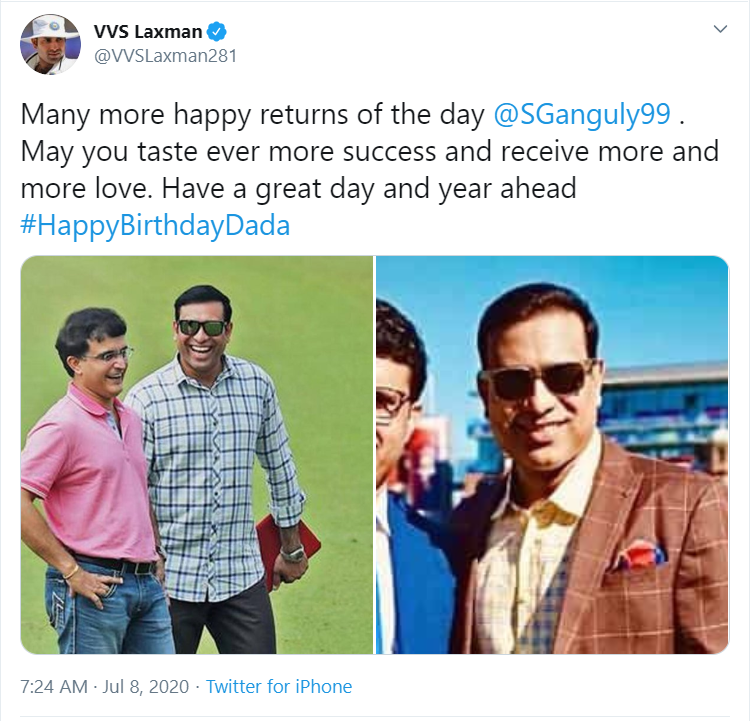 Mohammad Kaif wished his 'favourite captain and mentor' on his special occasion. He further said Ganguly transformed himself from a fine batsman to now leading the Indian cricket as Board of Control for Cricket in India (BCCI) president.
"From a fine batsman to an outstanding captain & now leading Indian cricket on the whole--here's wishing my favourite captain & mentor @SGanguly99 a very happy birthday. But FAULADI SEENA dikha ke aise kaun chadhta hai, Dada #HappyBirthdayDada," Kaif tweeted. 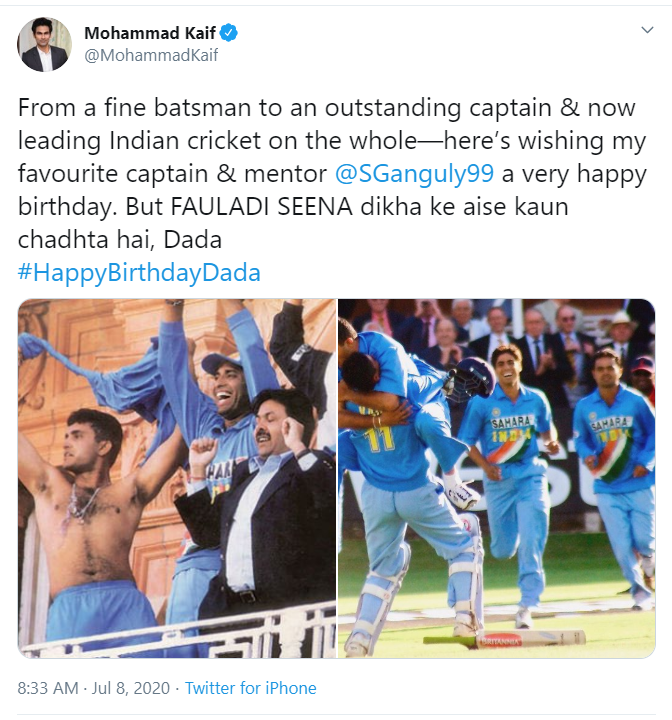 India spinner R Ashwin also took to Twitter to wish Ganguly and wrote, "Many more happy returns of the [email protected], have a great year ahead and continue to inspire all of us. #Dada #birthdaywishes."
The former skipper played 113 Tests and 311 ODIs for India. The left-handed batsman scored 18,575 runs across all formats in his international career.
Ganguly had led India in 195 matches across all formats and managed to win 97 matches out of those.
The Prince of Kolkata later went on to become the president of the Cricket Association of Bengal (CAB) and now has been appointed as the president of BCCI in October last year.
Ganguly played a key role in pushing the idea of day-night Test cricket in India. His efforts paid off as India played its first-ever day-night Test match against Bangladesh at Eden Gardens in 2019. (ANI)