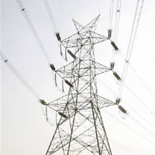 08 November, 2014
Print this article Font size -16+
It has been a year of power tariff hikes. Twenty-six states and five Union territories have gone in for one, out of which more than two dozen have effected double-digit hikes. Tamil Nadu leads with an increase of 37 per cent — the first after a gap of nine years in the case of domestic consumers; it will help the Tamil Nadu Generation and Distribution Corporation raise Rs 7,874 crore in additional revenues. The exceptions are West Bengal and Himachal Pradesh, which did have not gone in for an increase even though power purchase costs have zoomed.

According to an estimate by ratings agency Crisil, while the cost of supply per unit of input energy has grown at 9.1 per cent per annum in the last three years, revenues of distribution companies (discoms) have seen an annual growth of just 5.2 per cent. The widening gap between costs and revenues is due to inadequate tariff revisions (partly due to political pressure), increasing input costs and minimal reduction in aggregate technical and commercial or AT&C (the difference between the power supplied and the revenue collected) losses.

Large-scale tariff hikes alone will not prove to be a game-changer. Discoms continue to reel under accumulated losses of Rs 92,625 crore. According to a report by the Power Finance Corporation on ‘Performance of State Power Utilities’ for 2010-11, Uttar Pradesh leads the pack with the highest accumulated losses of Rs 45,124 crore. The state’s discoms have a low operational efficiency and a high incidence of theft, resulting in losses. Other big loss-making states are: Jammu & Kashmir (Rs 13,690 crore), Madhya Pradesh (Rs 12,918 crore), Tamil Nadu (Rs 9,980 crore), Jharkhand (Rs 6,079 crore), Haryana (Rs 5,941 crore) and Bihar (Rs 5,858 crore).

On the other hand, six states have recorded profits for the same year: Kerala (Rs 1,727 crore), Andhra Pradesh (Rs 1,211 crore), Gujarat (Rs 936 crore), Goa (Rs 927 crore), West Bengal (Rs 438 crore) and Puducherry (Rs 171 crore). However, experts say that this is more because of discoms opting to shed load rather than buying expensive power to meet the needs of their consumers.

“For years, there was neither a tariff hike nor a reduction in the AT&C losses of a majority of discoms. Now while states have hiked tariffs, the AT&C losses continue to be high,” says Anil Razdan, a former power secretary.

Cutting Losses, Hiking Tariffs
Bihar and Madhya Pradesh, with higher AT&C losses, have raised tariffs by 12.1 per cent and 7.2 per cent respectively. Before Delhi privatised its distribution business in 2002, its AT&C losses were as high as 57 per cent. Now, despite the losses coming down to 18.43 per cent through continuous efforts at increasing operational efficiencies, the tariff has been hiked by 22 per cent. The move has invited protests from activist Arvind Kejriwal and resident welfare associations across the city.

However, there is no paradox. Delhi’s own power production is as low as 30 per cent of its peak requirement — 5,600 MW in summer (and between 3,000 MW and 3,500 MW in winter). Of this, Delhi’s own production is around 1,400 MW. The rest is bought from central companies such as the National Thermal Power Corporation (NTPC) over whose tariffs it has no control. A power purchase agreement signed with an old NTPC station might cost Delhi’s discoms anywhere between Rs 2.50 and Rs 3 per unit; the cost of power purchased from new stations which use expensive fuel is close to Rs 6 per unit.

“The absence of tariff adjustment for the past few years in the light of increasing costs has resulted in the accumulation of a huge deficit,” says P.D. Sudhakar, chairman of the Delhi Electricity Regulatory Commission (DERC). “We have to liquidate a deficit of Rs 6,900 crore. It can’t be done in one stroke; it would have to be spread over 2-3 years. Apart from the tariff hike, we have decided to levy a surcharge of eight per cent to liquidate the deficit,” he says, adding, “a further hike would depend on power purchase costs and, in case they do not go up, there would not be any significant increase in the tariff.” Says Pramod Deo, chairman of the Central Electricity Regulatory Commission: “If the losses were still as high (in Delhi), the hike would have been much more.”
Other states have played it differently — they have opted to spread the tariff adjustment so as to not shock consumers with a bigger power bill. The flip side is that they have failed to cut  their AT&C losses, leading to good money being thrown after bad. “States with a high incidence of power theft need to bring down losses, otherwise a tariff hike only punishes honest consumers,” says Razdan.

“Tariff hikes are essential for discoms. The problem with states is that they don’t have money to improve the quality of power supply. Higher the AT&C losses, higher the hikes will be,” says Vivek Sharma, head of energy practice at Crisil.

The True Picture
While AT&C losses are a cause of worry, the actual extent of losses may be much higher. In the case of Gujarat, so far the only state to separate the feeders for rural and urban areas, distribution losses went up by 30-40 per cent in rural areas after the separation. This helped it narrow down the cause which, until then, had be lumped under the broad head of agricultural consumption. “The Forum of Regulators has suggested that all states go in for separate feeders so that AT&C losses can be better determined. This way the goalposts won’t keep changing,” says Deo of CERC.

Power is set to get expensive with all three factors — power purchase costs, AT&C losses and tariff — affecting the balance between revenues and cost of power supply. The distribution sector has seen a slew of reforms in the past few months with the losses of state electricity boards getting restructured and a hike in tariffs. But it is now up to discoms to slash losses.