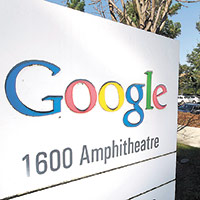 08 November, 2014
Print this article Font size -16+
Google took its biggest step — to go deeper into consumers’ homes — with a $3.2 billion deal to buy smart thermostat and smoke alarm maker Nest Labs, scooping up a promising line of products and a prized design team led by the godfather of the iPod, Tony Fadell. Nest will continue to operate its own brand after the all-cash deal closes. The deal is the second largest in Google’s history after the $12.5 billion acquisition of Motorola in 2012, which marked Google’s first major entry into hardware. The Nest deal gives Google a stepping stone into an important new market at a time when consumer appliances and Internet services are increasingly merging. “Home automation is one of the bigger opportunities when you talk about connecting everything. This deal furthers their strategy around that,” says an analyst.

On Target
Firms that help Target Corp. process payments could face millions of dollars in fines and costs resulting from the unprecedented data breach that struck the retailer over the holiday shopping season. Investigators are still sorting through just how thieves compromised about 40 million payment cards and the information of about 70 million Target customers. It is believed Target’s partners could face consumer lawsuits and fines that payment networks such as Visa and MasterCard often levy after cyber security incidents. As a precautionary measure, Citigroup will replace all customer debit cards involved in the data breach at Target.

Stepping On The Gas
Volkswagen (VW) recently announced that it plans to make a sport utility vehicle tailored for the US market and will invest $7 billion over five years in the region in order to increase sales. Europe’s largest automaker reiterated its goal of selling 1 million Volkswagen and upscale Audi vehicles annually in the US by 2018 as it launches more locally made cars, in a sign of renewed commitment to the market after a sales decline of its core VW brand. In 2013, the VW Group, which also owns the Porsche, Bugatti and Lamborghini marques, sold 600,000 cars in the US.

Double Whammy
Apple will refund consumers at least $32.5 million to settle a longstanding complaint that the technology firm billed US consumers for charges incurred by children through mobile apps without their parents’ consent. Under the terms of the settlement, announced by the US Federal Trade Commission (FTC), Apple will also need to change its billing practices to ensure it obtains consent from parents before charging for such in-app spending. “You can’t charge consumers for purchases they didn’t authorise,” said FTC, estimating that children spent millions of dollars without their parents’ knowledge. In an internal memo, Apple CEO Tim Cook referred to a class action settlement reached in June 2013 that required the firm to pay around $100 million to parents whose children made unauthorised purchases, saying the FTC’s settlement “smacked of double jeopardy”.

Back In Black
Euro zone industrial production in November rose much more than expected, signalling stronger momentum behind the bloc’s economic recovery in the last quarter of 2013. Industrial production in 17 countries sharing the euro jumped 1.8 per cent month on month in November, after an upwardly revised 0.8 per cent drop in October, the EU’s statistics office Eurostat said. The monthly rise, euro zone’s strongest since May 2010, was fuelled by a 3-point jump in the output of capital goods and a 2.2 per cent rise in the production of consumer durable goods such as electronics and cars. Production in EU’s largest economy, Germany, grew 2.4 per cent, showing its strongest rise since July 2011, while output in the second largest, France, rose 1.4 per cent.

Clean-Up Act
China plans to establish a nationwide trading system for pollution permits as part of efforts to use market mechanisms to help clean up its environment, said the environmental protection ministry. Minister Zhou Shengxian said China was working on new regulations for pollution permits and would also publish proposals for new pilot trading projects as soon as possible. Five cities and regions set up new pilot carbon trading platforms last year to encourage local enterprises to address soaring greenhouse gas emissions and two more will be launched in 2014.

Health Checks
The International Monetary Fund (IMF) recently added Denmark, Finland, Norway and Poland to its list of countries that must have regular check-ups of their financial sectors, under an effort to prevent a repeat of the global financial crisis. The IMF in 2010 had identified 25 other countries where financial sector evaluations will be mandatory. These reviews had been voluntary prior to the 2008-09 financial crisis, which showed how quickly financial problems in one country could spread to its neighbours and the rest of the world. More than half of the 29 financial sectors the IMF deems “systemically important” are located in Europe. “The financial sectors of these jurisdictions are highly interconnected, not just with each other, but also with other major financial centres,” the IMF said about the focus on European financial centres.

High Spirits
Suntory Holdings said it would buy US spirits company Beam for $13.6 billion, in a deal that would make the Japanese company the world’s third largest spirits maker. Including the assumption of Beam’s net debt, the deal is valued at $16 billion. It brings together Beam’s Jim Beam and Maker’s Mark bourbons, Courvoisier cognac and Sauza tequila with Suntory’s Yamazaki, Hakushu, Hibiki and Kakubin Japanese whiskies, Bowmore Scotch whisky and Midori liqueur. The deal is the latest example of how Japanese liquor companies are seeking to quench their thirst for overseas growth as the population in their home market shrinks.