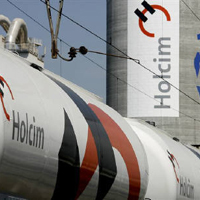 08 November, 2014
Print this article Font size -16+
Shares in ACC Ltd and Ambuja Cements India Ltd fall even as their earnings beat forecasts as dealers say other income and tax credit contributed significantly to their net profits.

ACC falls 2.8 per cent even after reporting on Thursday (24 April) March-quarter net profit of 3.99 billion rupees ($65.35 million), above consensus forecasts for 3.37 billion rupees.

But dealers worry about the impact from other income, which jumped 154 per cent to 1.08 billion rupees from a year earlier.

Ambuja Cement is down 2.7 per cent after the company reported on Friday (25 April) a forecast-beating 6.6 per cent rise in quarterly profit from a year earlier.

Ambuja's net profit was helped after other income rose by 53.2 per cent to 1.32 billion rupees from a year earlier, according to company's filing. "Although macroeconomic condition remains challenging, construction activity is expected to pick up pace after elections," the company, India's third-largest cement maker, said in a statement late on Thursday.

Ambuja's shares had initially risen 1 per cent to a record high of 221 rupees. Analysts on average had expected the company to post a profit of Rs 3.62 billion according to Thomson Reuters.