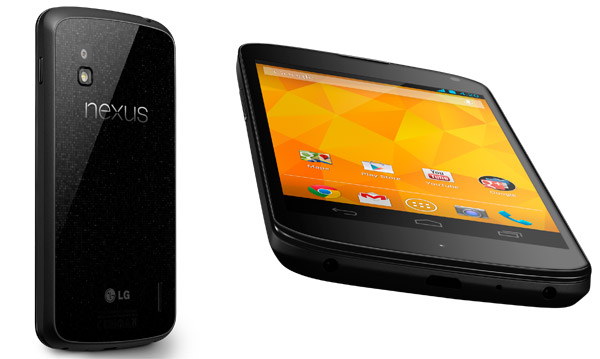 08 November, 2014
Print this article Font size -16+
There’s something that just doesn’t add up with the Google’s latest built-by-LG Nexus 4 smartphone. For a flagship Google device, the Nexus 4 has an almost suspiciously good price – a contract-free Nexus 4 can be purchased in the US for a very mid-range Rs 18,000 if you’re lucky enough to make your way past Google’s troubled ordering process and snag yourself one. You’d think maybe it’s packed with inferior hardware, or maybe they’ve cut corners someplace — something’s gotta give, right?

Actually… no! Sure, this phone is rather uninspired in the looks department, but it feels really good to hold in the hand. It’s well-weighted and has the kind of heft that inspires confidence, although I’d recommend a case for the all-glass back which is mildly prone to scratches … and cracks, if you manage to drop it!

Once on, the Nexus 4’s got a bright 4.7-inch 1280x768 pixels IPS display, and the high pixel density (320 pixels per inch) makes for sharp text and bright and vivid images. Compare it to the super AMOLED displays on the S III, and you may end up feeling that the Nexus 4 screen doesn’t offer the high saturation levels (more punch) but it makes up with accurate color and contrast levels.

Under the hood, the Nexus 4 is incredibly fast. It runs a Qualcomm Snapdragon S4 Pro chipset with 2GB of memory, and is extremely snappy running the pure Android 4.2 Jelly Bean experience and just about any app or game I threw at it. Speaking of which, the stock version of Android really shines on this device, right from the cleaner built-in widgets to Google Now, Google’s incredibly useful yet somewhat creepy search assistant. You also get wireless charging with an optional accessory, and an 8 megapixel shooter that produces pretty vivid images with a fairly low amount of noise – the results not class leading, but really not worth complaining about either.

Has Google cracked the formula of making a top-notch device at half the price of the competition? Sure, the Nexus 4 has its flaws – no memory expansion, so you’re stuck with a fixed amount of onboard storage. Battery life is middling, but should get you through the day. But at this price, this is the tech deal of the year. Go get one!

That’s if you can find one. It’s currently heavily backordered over at Google, and sadly LG’s India launch plans for the Nexus 4 are far from clear, which may make this phone the best purchase you cannot make.

Zooming Ahead
I know I speak for many of you out there when I say that the Need for Speed series of games has defined the genre of racing games, but the franchise has started feeling like more of the same in the past few years. To mix things up a little bit, game developers Criterion have taken the experience from their blockbuster Burnout: Paradise series and applied it in Need for Speed: Most Wanted. An aside, couldn’t they have picked a different name and avoided confusion with the 2005 game with the same name?

The premise of the latest installment for Need for Speed is simple. The police are after ten racers — the biggest guns in the street racing scene — and you've got take them all down to be the best. That's it. Beat the cops, race better than the other guys and take them down to be the ultimate victor. Along the way, you can unlock new cars, car modifications and secret routes to add to your points tally. With well over 60 cars and multiple missions per car, there’s a lot to keep you busy here. Plus it’s a whole load of fun to boot!