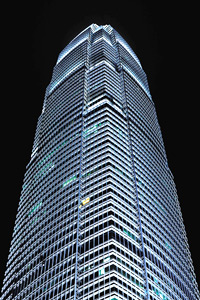 
And the future looks equally rosy for them. In the 2011 budget alone, the government allocated Rs 2.14 lakh crore for infrastructure projects — 48.5 per cent of the total planned allocation. Over the next few years, this money will be invested in development of infrastructure from roads, flyovers and railways to urban construction. The 12th Five-year Plan has also proposed a $1.02 trillion or Rs 40.99 lakh crore investment in infrastructure, representing about 9.95 per cent of India's GDP.

Separately, in order to boost infrastructure development, the government announced tax-free bonds of Rs 30,000 crore, which are proposed to be issued by government undertakings during 2011-12. The corpus of Rural Infrastructure Development Fund was also raised from Rs 16,000 crore to Rs 18,000 crore.

The Other Rangers
Other sectors that had a healthy representation among the top 20 in each of the four categories are pharma, telecom, real estate and media companies. Old favourites such as IT had little representation in the top 20 as the industry struggles to maintain its growth. Sectors such as pharma and entertainment and media are also seen as potentially high-growth sectors. According to a McKinsey report, the Indian pharma market is expected to grow from $12.26 billion or Rs 55,170 crore currently to $20 billion or Rs 90,000 crore by 2015.

The entertainment and media sector, meanwhile — fuelled by rising incomes of youth in India — is expected to grow at 14 per cent CAGR to Rs 1.27 lakh crore or $28 billion, from its current size of Rs 65,200 crore or $14.48 billion in 2010, says a Ficci-KPMG report. Growth in sectors such as real estate, media or consumer electronics is still to accelerate to return to growth levels of 2007-08.

Another striking fact that emerges from this study is that India is still not a homogeneous market. It is a collage of interconnected regional markets, each one with its own set of investment climate and challenges. Many among these companies have managed to understand the local flavour so well that they have practically turned into regional barons by leveraging the geographical opportunities better than their peers.

A closer look at these companies will reflect that they cluster not only in metropolises such as Delhi and Mumbai, but also small towns in Andhra Pradesh or Maharashtra where costs are still low, competition not that intense and which are still considered ‘business friendly' in terms of land availability and cost-effective workforce.

Their stronghold over regional opportunities, sometimes driven by proximity to politicians and bureaucrats; understanding of local laws and incentives; and their ability to mobilise local workforce have so far worked to their advantage. However, as they dream of a national footprint, their challenges would grow manifold. While some will overcome these to become national players, others may slink back to their dens. At the same time, there are others such as Arshiya International — which provides end-to-end logistics and supply chain services — that are looking at a pan-India presence right from the start.

But even if these peculiarities settle down, India's future lies in consistently providing as enabling an environment as possible to keep churning more Agarwals, Mittals and Reddys.