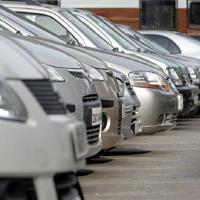 08 November, 2014
Print this article Font size -16+
A surprise increase in interest rates and rising car prices in September have tempered hopes for a turnaround in India's struggling autos sector, with some analysts pushing back forecasts for a sustained recovery to next financial year.

Car sales in India have fallen nearly 6 per cent so far in the current financial year to August, according to the Society of Indian Automobile Manufacturers, as high ownership costs in a slowing economy have prompted consumers to postpone purchases.

Last month, the central bank surprised the market by increasing interest rates in Asia's third-largest economy where the majority of car buyers finance their purchases through loans. According to a Reuters poll, expectations for monetary policy have shifted towards further tightening.

"We are going to see recovery being pushed back by three months. Earlier we were hoping that the market would bottom out in the last quarter of calendar year 2013," said Anil Sharma, an analyst with IHS Automotive.

"But we are not expecting that now because of the rate hike. So maybe in the first quarter or second quarter of the next calendar year we might see the bottoming out."

Automakers have pinned their hopes on strong demand during the key festive months between September and December, considered to be auspicious by Indians for making big-ticket purchases. A strong monsoon is also seen helping rural demand.

Mahindra and Mahindra, the country's largest sports utility vehicle maker, reported a 10 per cent fall in sales, hurt by the overall slowdown and an excise duty hike.

The recent fall in the rupee has also exacerbated problems in the industry, forcing many automakers to raise prices to counter rising input costs.