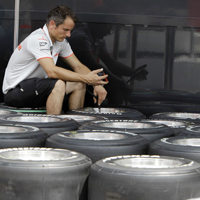 08 November, 2014
Print this article Font size -16+
The Calcutta High Court on 31 January, 2013 ordered winding up of tyre manufacturing company Dunlop India Limited, which had set up its first factory at Sahaganj near here in 1936.

Justice Sanjib Banerjee, while ordering the winding up of Dunlop India, directed the official liquidator to take immediate possession of the company's assets and books of records.

E V Mathai and Sons and A K Kundu and Company, followed by 15 other creditors, had moved a winding up petition before the High Court seeking liquidation of the company in 2008 for non-payment of dues amounting to around Rs 1,000 crore.

The lawyers of DIL submitted before the court that they were taking every step to settle the issue.

The court, however, refused a plea by DIL to stay operation of the order.

Appearing for the state, Advocate General Anindya Mitra submitted that the state, which also had claims of around Rs 50 crore, would welcome any order that could facilitate the reopening of the company.

Having led the tyre manufacturing industry for decades, the company went into doldrums since the late 1990's.

In 2005, the Ruia Group led by Pawan Kumar Ruia took control of DIL.