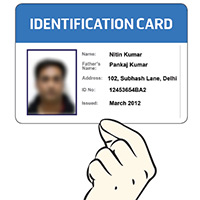 08 November, 2014
Print this article Font size -16+
The next time you want to open a bank account, you need not run from pillar to post to submit proof of who you are or where you live. Mint Road has decided that from now on you will submit just one proof of address — current or permanent. In case it changes, you will submit fresh evidence to your bank within six months. Better still, if your address is not ‘local’, the bank will make do with a declaration about one. Of course, the bank will verify this address through acknowledgment of receipt of its letters, cheque books, phone calls  or visits. You may say all this is just procedural, but it has deeper significance. The biggest beneficiaries will be professionals who have to hop cities and migrant workers — it is of particular importance to the latter as scores of them are not able to open bank accounts due to the extant guidelines which are not practical. Three cheers are in order!

Nano’s Mega Problems
Tata Motors has cut production of its small car Nano to only one shift at its plant in Sanand, Gujarat due to rising inventory. In 2013-14, Nano sales fell by more than half to 21,129 units from 53,848 units in the previous fiscal. This year, analysts peg sales at less than 15,000 units. Does this mean the end of a great idea? Even the rebranding of the Nano seems to have failed to attract buyers. Its problems cannot be clubbed with those of the slowing passenger car market, as its competition is the two-wheeler market, which grew 12 per cent last fiscal. Sadly, Nano’s brand positioning has not worked so far. It started off as a people’s car. Then, it was sold as an aspirational product to the Indian middle class. May be a design change could save the day for the car.

All The PM’s Men
The Narendra modi government has been quick in implementing its promise of maximum governance with minimum government. Modi has opted for a leaner Council of Ministers with just 45 members compared to 70 in the UPA regime, scrapped all 30 ministerial groups and culled three cabinet committees set up by the UPA government. Now, it is the job of individual ministries to get things done quickly. Also, all controversial decisions will be vetted at the highest levels. While an assertive Prime Minister’s Office could result in quicker decisions, which will hopefully stimulate investment, the big question is whether all important decisions should be taken by a core team. But then, this need to micro-manage affairs is perhaps symptomatic of Modi’s strong personality as well as the burden of promises he needs to keep.

Development In Fast Lane
The NDA government has really acted fast in green-lighting the Narmada Control Authority to raise the height of the Sardar Sarovar Dam on the Narmada river from the current 122 metres to 139 metres. This will make the dam the second highest in the world, help irrigate an additional 6.8 lakh hectares of land as well as increase water supply and power generation by 40 per cent. All very fine, but the Medha Patkar-led Narmada Bachao Andolan alleges that the decision not just violates conditions imposed by a 2000 Supreme Court ruling but it will also lead to submergence of vast tracts of land and displacement of nearly 2.5 lakh people in Gujarat, Maharashtra and Madhya Pradesh. Development cannot be divorced from human cost. Relief and rehabilitation must precede the submergence this time — thousands of families displaced by the raising of the dam’s height in 2006 are still to be rehabilitated.  Expect this matter to head to the Supreme Court next.

Terms Of Endearment
Even after a decade of signing of the South Asian Free Trade Area (SAFTA) agreement, the SAARC (South Asian Association for Regional Cooperation) countries have a dismal bilateral trade among its members. We are the only region in the world where 95 per cent of trade among all regional partners is external to the region. Prime Minister Narendra Modi’s decision to invite all SAARC leaders to attend his swearing in ceremony needs to be seen in this context. The geopolitical importance of his decision to choose Bhutan (a SAARC member along with Afghanistan, Bangladesh, India, Maldives, Nepal, Pakistan and Sri Lanka) for his first official foreign outing should also be understood. The setting is now ripe for reviving another dream — the establishment of a customs union, common market and economic union within the SAARC region.

Lurking In Danger Territory
The 30-share Sensex  has gained over 1100 points since the Modi-led NDA government assumed power at the Centre. The pertinent question, however, is: Will this optimism last long? Economic realities do not suggest that. Inflationary pressure and fiscal deficit continue to hover at 7 per cent and 4.5 per cent respectively. A poor monsoon, as predicted by the Met Office, will further fuel inflation. Escalating violence in Iraq and the resultant spike in fuel prices may upset the country’s trade payment cycle. Amidst all this, a jump to a higher growth rate, which is what the market seems to be already factoring in, appears improbable. The World Bank has thus scaled down its growth estimates for India from 5.7 per cent to 5.5 per cent in fiscal 2015. The near-term outlook for equities, thus, looks forbidding as Indian shares have rallied way beyond the core fundamentals. Nimble-footed institutional investors seem to have read the fine-print and have started paring gains from their equity investments. This, in a way, explains the near 1.3 per cent decline in Sensex since the second week of June. Investors should exercise caution while investing in shares, for the ‘rally of hope’ could abruptly change bearings to a ‘whirlpool of despair’ in a jiffy.

Sad At Surge In Sales
Acche din or good times  may be returning for the Indian auto industry. Or at least there is a glimmer of hope following an uptick in domestic passenger car sales in May which saw 1,48,577 units being sold as against 1,44,132 units in May last year. Coming as it did after a year of dismal growth coupled with a dip in sales for two months, the 3.08 per cent spike in sales in May should bring cheer to the industry, but that doesn’t appear to be the case. Apparently, many in the industry are ruing the timing of the uptick — they fear that the sops they were expecting for passenger cars in the coming budget may be held back. The UPA government had extended sops to sports utility vehicles, though they had limited impact on sales despite manufacturers passing the benefits to the customers. The automakers’ fear may be unfounded as the government may not take any decision based on just May sales; it may wait for June figures to see if the turnaround is genuine.

Don’t Be Listless About Listings
The Indian Share market is on a roll once again, with the 30-share Sensex having decisively breached the 25000 mark. This record surge showcases investors’ belief in the Indian growth story following a thumping victory for the NDA government. This certainly makes for a great primary stock market. A number of asset management companies have launched mutual funds to ride on investors’ confidence. The market regulator, Sebi, is also planning to relax norms for companies planning to launch their Initial Public Offers. As this euphoria builds up, the government should maintain a tight leash on the market to avoid the mayhem during the 2008 January stock market crash when thousands of investors lost billions in a single-day crash of 2062 points. Ideally, Sebi should make the listing norms stringent so that no company with weak financials enters the primary market.

Cashing In On FIFA Counterfeits
India may not have her own representative at the FIFA World Cup. But for those looking to make money off football, it serves just as well. In a country like South Korea, which has its own football team, most of the merchandising revolves around the national team, and by extension, its prospects. Whereas in India, wares of every country have a market, and irrespective of who wins. But that, of course, does not necessarily mean profits for the master brand. Piracy has taken root so deep that a top English Premier League football club’s jersey managed to sell just 850 units last year. Everything else you saw in those colours were off the streets.