New Delhi [India], January 3 (ANI): A sudden drop in temperature coupled with heavy rains on Sunday added to the miseries of farmers protesting against the contentious farm laws at the gates of Delhi. However, farmers seem to be undeterred by the harsh weather.
"Rain has spoilt our food, all our clothes and tents have got wet, that is a problem. But, we are determined for our fight. We can bear these small problems but if farm laws are applied then our generations will suffer. We will go back to our homes only when these laws are repealed," a farmer protesting on the Singhu border told ANI. 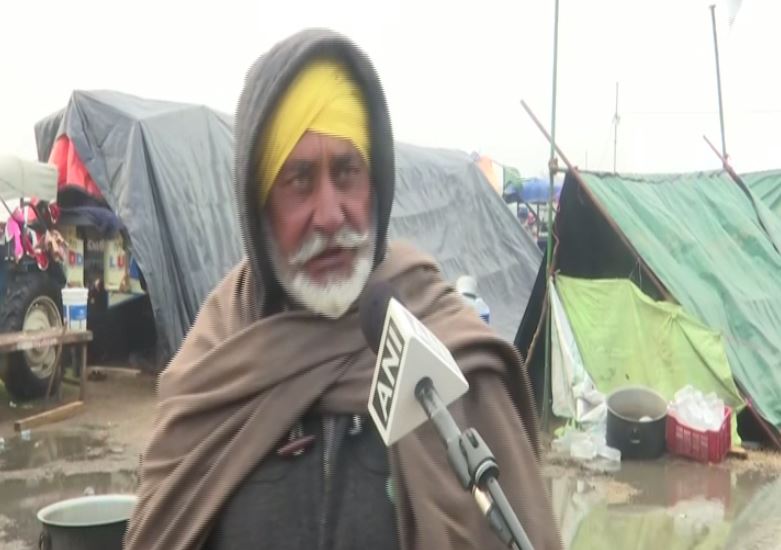 The national capital received heavy rains on Sunday morning, but the weather failed to lower the spirits of farmers protesting at Singhu Border. However, it did affect food storage. They said that they will not leave the protest site until and unless the government rolls back the three farm laws.
Harvender Singh from Ludhiana said that they are habitual of cold weather, he said these are god blessing showering on them. "Rain and cold weather will not stop us. We are here for some reason and will not look back until we succeed," he added.
A meeting has again been organized on January 4 between farmers and the government to discuss over the farm laws. There have been several rounds of talks between the Central government and the farmer leaders which have remained inconclusive.
They had another round of talks on Wednesday where the decision was taken on issues related to Environment and Electricity act. However, no consensus was reached on the issues of legalizing Minimum Support Prize and repealing farm laws. (ANI)