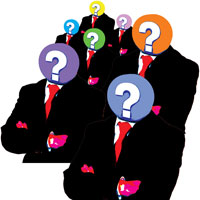 08 November, 2014
Print this article Font size -16+
Should the top posts of appellate bodies be restricted to judges, even when there aren’t enough willing candidates?

The Supreme Court (SC), last week, said that the central and state offices of the information commissions, or ICs (which decide on appeals under the Right to Information Act) should have at least one ‘judicial member’ — an SC judge or a judge or chief justice of a high court — on its two-member benches, since the function of these bodies are also judicial in nature (though this is not required by the Act). But the fact is, there are not enough judges willing to take up these jobs, and other similar roles.
Take, for instance, the Securities Appellate Tribunal (SAT), which hears appeals against the orders of the capital markets regulator, Securities and Exchange Board of India. It has been without the mandatory judicial member since November last year, when Justice N.K. Sodhi retired. Thankfully, a government order allows it to function without a judicial member.
The National Green Tribunal, which deals with environment-related cases, has also been headless since February. Similarly, with the Authority for Advance Rulings (AAR), which decides on tax dues arising from international transactions, where Justice P.K. Balasubramanyan retired as chairman last month.
Balbir Singh, a partner with DSK Legal, argues that the SC directive may not be practical as there are not enough such judges to step into those roles. According to him, 60–70 per cent of judges prefer to take up arbitrations after retirement, while others prefer to stay retired. That leaves a very small pool of judges available for such bodies.
Judges are also required to head the Competition Commission Appellate Tribunal, the appellate bodies of the telecom and electricity regulators, the National Human Rights Commission and, the yet-to-be-constituted National Company Law Tribunal, which will hear cases relating to the Companies Act.
Since only a handful of judges retire every year (just five are slated to retire from SC over the next 12 months), these bodies are often headless. But issues pending before them can’t afford to wait. For example, AAR is estimated to have around 350 pending applications before it, which were supposed to be cleared within six months of being filed.
Many SC judges are much sought after as arbitrators, an option that usually pays handsomely. Lawyers say that for each sitting of an arbitration panel a judge is paid over Rs 1 lakh.
The origin of quasi-judicial bodies can be traced back to the Customs Excise and Gold (Control) Appellate Tribunal in 1980, and then the Income Tax Appellate Tribunal. While the tribunals were seen as the executive taking over some of the powers of the judiciary, they were also lauded for “creating a shift to specialist judges who acquire technical expertise hearing cases of a similar kind day in and day out”, says Berjis Desai, managing partner at J Sagar Associates. He explains that since tribunals take decisions that affect the public at large as well as the regulatory environment, the combination of judicial and technical members has served the purpose of expediting decisions.
But this attempt to get the same combination to try and expedite decision-making is, instead, proving to be detriment in the current scenario.