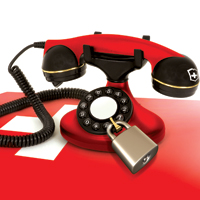 The Department of Telecom (DoT) has withheld the licence of ByCell Telecommunications India, a joint venture between Switzerland-based ByCell Holdings and Hyderabad-based Jayalakshmi Group, barring it from offering telecom services in 13 circles for which it received the letter of intent last year.

According to sources, the Russian Central Bank has revoked the licence of Moscow-based Islamic bank, Baddar Forte, in which Naumchenko is a major shareholder. "The home ministry was examining the violation of law, money laundering and financing of terrorism," says a senior official in DoT, which issues licences. "The ministry found some disturbing evidence against the ByCell promoters and had asked us to suspend their licence. We are waiting for a final directive to cancel the licence."

However, cancelling the licence could open a Pandora's box: many new telecom licencees have partners operating in countries such as Pakistan and Afghanistan.

The foreign partner of Unitech Wireless, Norway-based Telenor, had its Foreign Investment Promotion Board clearance pending for more than six months due to the fact that it offers telecom services in Pakistan.

The antecedents of Etisalat, the foreign partner of Swan Telecom now renamed Etisalat DB Telecom India, and Sistema, the Russian partner of Shyam Telelink, are also likely to be examined, say sources in the home ministry.