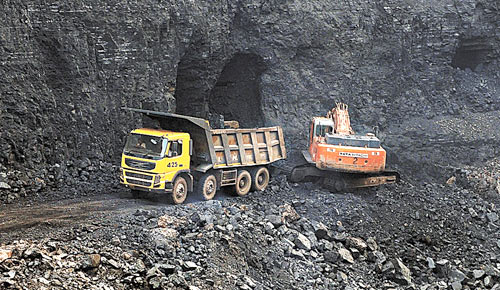 The Comptroller and Auditor General (CAG), like any good auditor, is supposed to wave the red flag when necessary; but in reporting to Parliament that private companies made excessive profits because of a flawed coal block allocation process, the CAG’s numbers (Rs 1.86 lakh crore, or $37 billion) don’t make much sense.

Many of the allocated coal blocks have not even started producing enough coal to make any assumptions of how much money they will make, for one thing; how can prospective gains be called undue or excessive then? Tata Steel, one of the steel companies with captive mines, also says that the CAG estimates of undue gains are greatly overstated.

Auctioning coal blocks was proposed by the Prime Minister’s Office in 2004, but opposed by state governments such as West Bengal, Rajasthan and Chhattisgarh. Even if the coal blocks are auctioned instead of allocated, estimating undue gains would be just as difficult until mines are fully exploited.

The CAG’s penchant for large numbers distracts from a rather important issue. For a country with one of the highest coal reserves in the world, we import 70 million tonnes of coal annually.

As the CAG report itself admits, in the last five years, only Coal India has increased production while other public sector coal firms — Eastern Coalfields, Central Coalfields, Mahanidhi Coalfields, etc. — have ‘underperformed’.

But the CAG isn’t interested in estimating the costs of public sector inefficiency. Those paying the highest price for it are the power generating companies, many of whose projects have been completed, but they have no coal to produce electricity.

Compare that to the cement and steel industries, where captive mining had definitely improved efficiency of supply and the economics have been good.

While the CAG highlights flawed process, our economic revival may be held to ransom because power producers have no access to desperately needed coal, and will have to wait longer for it.