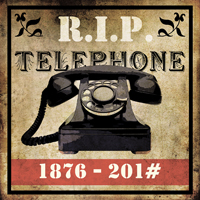 As we ponder over the potential break-throughs of 2010, it is useful to look at some of the more basic technologies that drive our everyday world. Take good old telephony, a technology that is more than a century old. Pundits have been predicting that voice will soon become a trivial service, and become free in the future. These predictions have not entirely come true, but towards the end of 2009, we saw Internet Protocol (IP) telephony rewriting some of the old rules. In the US, for example, you can call unlimited for a flat fee almost any phone in the world. The fee is not big either: $25, or Rs 1,250, per month.

Last month, Bandwidth.com, a company in North Carolina, started taking voice over IP to the next level: from simple, old-style phone calls to calls with multiple features and added services. Using its network, you could use the same number for multiple phones, and do more, but that is not the real advance. The IP network this company has built from scratch is the basis for telephony and other services. It is also a pointer to how telephony will evolve.
Bandwidth.com, being an Internet age company, did not have to dig the ground and lay pipes for its network. All it needed to do was to develop routing technologies and connections to other networks. Such an all-IP network is a fundamental change in the way telephony operates, and will one day be the basis of all voice communications. And they provide real advantages over conventional public switched telephone networks (PSTNs).
The change is actually at the foundation. A PSTN uses the circuit switching technology; in which the network blocks a certain line between two points till the participants hang up. In an IP network, nothing is blocked, but information is sent in packets between users without reserving a specific line. Telephony’s traditional infrastructure is circuit-switched, but Bandwidth.com built a network entirely IP for telephony. The advantage does not lie merely in extra bandwidth and lesser cost. You could also develop new applications for voice over the IP network, something that is not easy to do over a traditional network.
This is different from using the Internet for telephony. Bandwidth.com owns a network like the traditional carriers. It is becoming popular — Google Voice is its most important customer — and is the future too. The US regulator, Federal Communications Commission (FCC), recently issued a public notice inviting comments about a transition from a PSTN to an IP network. This switch, inevitable one day, is not easy as one has to ensure it does not cause any disruption. How does one make sure that everyone who has a telephone smoothly moves to broadband? FCC has just closed the dates for comments, and the broadband plan will be announced in less than two months.
When we have only an IP network coming into our homes, voice becomes just another service. Businesses in particular will find the change useful as they can then develop new applications without buying costly switches. For the consumer, all communication — voice, video, messaging, social networking — will finally merge into one network.
2010 will be the beginning of the end for PSTN in the world. IP networks will increase, and regulators will begin to ponder about how to regulate them. Sometime over the next decade, companies will start removing the copper wires and legacy switches. And a century-old technology will die a quiet death.
(This story was published in Businessworld Issue Dated 11-01-2010)
Tags assigned to this article:
magazine techtalk p hari ip telephony pstn ip network