Handing Over The Reins 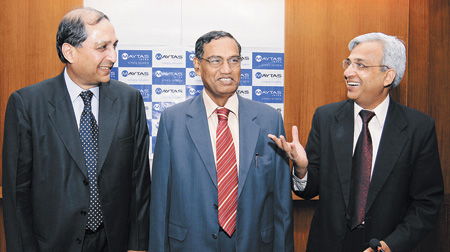 Even as the Company Law Board (CLB) has handed over management control of the Raju family-promoted Maytas Infrastructure to Infrastructure Leasing and Financial Services (IL&FS), the family's 23 per cent stake will continue to haunt the new promoters. After the CLB allowed IL&FS to convert 22.6 per cent of shares pledged with it, the firm now owns 37.51 per cent of Maytas. The Raju family, which has been forced out of management, needs to buy just 3 per cent more from the open market for the 26 per cent they need to move or block special resolutions on the board of Maytas. Legally, nothing prevents the Rajus from enforcing their rights.

"Although the board has formally asked Teja Raju (son of Ramalinga Raju, the promoter of Sataym Computer Services who has been convicted for cooking up the books of the company) to resign (as vice-chairman of Maytas Infra), he is down for now, but he is certainly not out," says Pradeep K. Dhingra, a Delhi-based chartered accountant. Officials at the Ministry of Corporate Affairs (MoCA) refuse to comment on this peculiar situation, but say that they will address the situation when it arises.

However, corporate law experts such as Dhingra say that if the Rajus go for creeping acquisition, then the  MoCA may have to intervene and look for provisions to add Section 420 of Indian Penal Code of fraud to prevent them from doing this.

Meanwhile, the development is seen by the real estate market as an affirmative step by the government. "It is a positive step. Whenever some foreign investor comes for investment, he scrutinises all the documents and structure, but with such steps, at the back of the mind he would also know that the government is there and would help in case of troubles," says Rajinder Nagpal, a New Delhi-based real estate consultant.

IL&FS officials believe that the CLB order is clear enough. "If they (Rajus) still do it (take management decisions), then it would be a violation of the CLB orders," says Milind Patel, deputy managing director of IL&FS. He says the revival of Maytas is a top priority for the time being.

"We believe that after giving reins to IL&FS, the growth would be rapid and quick as they have experience in real estate business as well," says an officer who plays a key role in developing strategies at MoCA.

Maytas Infra has 13 projects worth more than Rs 7,500 crore commissioned by several state and central governments, including airports, roads, railways, irrigation and power, and work on many of these is underway. The four government-nominated directors — who now would be reduced to two — tried to sell Maytas to a construction rival, but were unsuccessful. "That is why IL&FS was given the green signal. They are into the same business and have experience in handling projects," says a senior official in MoCA.

Interestingly, during the erstwhile regime of the government-appointed nominees, Maytas's Rs 300-crore cash loss in fiscal ending March 2009 was converted into a Rs 5 crore profit in Q1, whereas the bottom line's Rs 489.71 crore losses were reduced to Rs 16.28 crore in the first quarter.

IL&FS has also spent the whole week drawing up strategies for the revival of Maytas. According to senior executives, the company would be holding joint bids with Maytas, and would be transferring their existing projects to add to its revival. Besides, IL&FS would also infuse capital to resume several halted projects. MoCA has already requested several governments, who were contemplating withdrawing projects from Maytas after the Satyam Computer Services debacle, to continue with Maytas.

The story may still be unfolding.