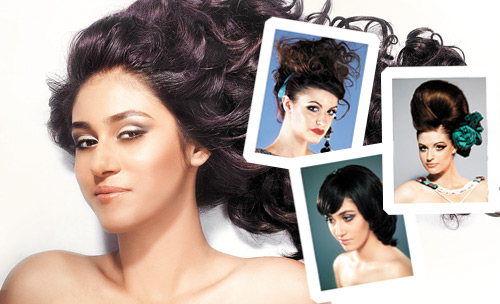 
Like Bhandary and Manwani, 48-year-old Jawed Habib too has made it big tapping the hair economy. His firm, Jawed Habib Hair and Beauty (JH), is taking an interesting route to find invesment. It expects to raise Rs 60 crore from the public. Habib plans to dilute 25 per cent stake through a fresh issuances of shares — it will value his company at Rs 240 crore. As on November 2010, JH had revenues of Rs 28.5 crore and a profit of Rs 5.4 crore. "We are scouting for an acquisition. If talks work out, we would acquire a local boutique before the IPO," says Habib. He wants to play off brand "JH". It now uses L'Oreal and Wella hair-products. But from April 2012, the scissors and combs used at his outlets will have "JH" embossed on them (see ‘Running With The Hair' on page 52).

break-page-break
Equity has started to beget private equity. Asit Kotecha, chairman of the ASK Group in 2007 gave a valuation of around Rs 42 crore to the Indian franchisee of JCB when he picked up 72 per cent for Rs 30 crore, even before JCB rolled out its first salon. "We were betting on the Indian consumer story. Increasing consumers spends has been the reason," says Kotecha. Similarly, Nimesh Kampani's JM Financials have reportedly invested about Rs 45 crore in Mumbai-based Enrich Salon. A year ago, Brand Global invested Rs 12 crore in JH, valuing the company at Rs 133 crore. This was when JH's profit was Rs 69 lakh.

Cutting crews such as Just Cuts and Toni & Guy have gone the full monty. "Professionalism has made for a huge difference," says Leena Shoor, marketing manager at L'Oreal Professionnel. "The best way hair styling is delivered is in a controlled service environment by experts," says Anil Chopra, CEO at Lakme Lever. The company has 150 salons in 34 cities across India, and opens a Lakme Salon at a run-rate of one a week. Lakme has also dashed the hopes of wannabe Captain Kirks — there will be many Lakme Ivana unisex salons soon — the first upped its shutters in New Delhi last month.

Satyan, who hails from Telangana in Andhra Pradesh, has been in this profession for 20 years now, but only has a four-seater salon to show. "Earlier, I used to employ eight. I now struggle to have four," he wails. It is not that the likes of Satyan hang by the hair. Haircare is a highly personalised business. To sink into a chair at your favourite salon, to slip into a well-worn suit — both are comforts some will tear their hair out for. Aircool at Churchgate in Mumbai is one such place. For others, a barber is a keeper of secrets, next only to a butler. If you have a content clientele, you can scale up from a hole-in-the-wall salon. The flip-side: it will add to the bill. Not everyone will avail of or pay for new services. "You have to be ahead of the curve. One has to be dedicated and consider one's customer as God, such that there is always a strong recall for you and your service in his mind," says a God-fearing Bhandary.

Dexterous hands are hard to come by. Manwani points to the high attrition levels: "It is at 35 per cent." The generational handover is not on anymore. Satyan has kept his children away from the business. Customers prefer young stylists. It explains why a Juice and b:blunt with four to five — or at the most eight — salons have set up hair academies. So, too, has Bhandary.

Adds Chopra: "It (talent) is a critical enabler of growth. If it is not there, it can reverse your growth." A salon-a-week at 10 hands for each means Lakme Lever has to get 520 artistes a year. In July, it went in for a hairdo with Pivot Point, the world's largest training school for hair and beauty in New Delhi.

L'Oreal coiffures it differently. It does not charge for education, but links it to purchases. "You buy our products and we teach you how to use them. Worldwide, this has been our business model — of being a distributor to salons. These are our soldiers. They learn from our products and, thereafter, influence salons to get into L'Oreal products," explains Shoor.

Players such as Habib may well spoil this party, but for now, she is chirpy: "It is the reason why the L'Oreal salon division is growing at 32 per cent when the market is growing at 15 per cent." L'Oreal Professionnel trains 78,000 people across 20,000 salons through three brands: Matrix, which operates at the lower-end in C & D cities, L'Oreal in the mid-end, and Kerastase at the top-end.

Shoor sees the "professional barber market" as the next challenge. "The men's salon industry is much more unorganised than women's." It seems to be a reference to the scores of dhoop-chavs (barbers who vend their trade under a shade) by the wayside. "It is up to us to help upgrade and convert," says Shoor. She claims L'Oreal has a 27 per cent market share in India. It will be over a third by the end of the year. "Through Matrix, we plan to go into 50,000 salons in the three years."

What is one to make of the hair business? It has a fair bit of thrust and parry, but it will not harm a hair on your head. It has turned the fable of Samson and Delilah — on its head, what else. Hair or no hair, on your head or someone else's, you are still a Samson. Bhandary, Habib and Manwani know that is the Delilah of it!