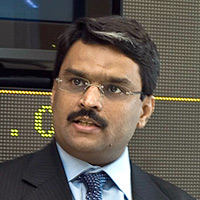 08 November, 2014
Print this article Font size -16+
The Bombay High Court on Friday (22 August) granted conditional bail to FTIL founder Jignesh Shah in the Rs 5000 crore NSEL scam over three months after he was arrested in the case.

However, when Shah's counsels Amit Naik and Aniket Nikam made a prayer to allow the accused to furnish cash surety of Rs five lakh instead of two sureties on health ground, the judge accepted it and granted bail.

The lawyers also argued that there was no likelihood of the accused absconding and hence he be allowed to furnish cash surety.

Shah is likely to be released later this evening or tomorrow after completing the formalities.

The court ordered Shah to personally appear before the investigating agency every week on Monday and Thursday until further orders of the trial court.

Since his passport has already been impounded, no order was passed for surrendering the travel document.

The state and intervenors (investors who lost money in the scam) in the case urged for a stay on the order granting bail to Shah but their plea was rejected.

A large number of investors were present in the court for the hearing of Shah's plea challenging the trial court's order denying him bail.

The trial court had on June 24 rejected Shah's bail plea on the ground that investigation was still on and he could tamper with evidence or hamper the probe if released.

Shah's lawyers argued he had played no role in the scam, in which his employees might have been involved, and had no personal knowledge of what was happening.

Shah said he was a non-executive director of National Spot Exchange Ltd (NSEL) and was not involved in its day-to-day operations.

According to his lawyers, after being arrested on May 7, Shah had helped the Economic Offences Wing of Mumbai police investing the case by supplying documents and disclosing all information he had and so there was no question of tampering with evidence.

Shah came under the scanner of EOW and other agencies last year when NSEL, part of the Financial Technologies (India) Limited group founded by him, faced a payment crisis as nearly 18,000 of its investors allegedly lost millions of rupees.

"If such application is made, Sebi would consider it on its merit and pass appropriate order thereon," it added.

The Securities and Exchange Board of India (Sebi) in March had declared FTIL as not "fit and proper" to own stake in exchanges or clearing corporations, and directed it to sell its stake in all the exchanges.

FTIL moved the SAT against the Sebi order. In July, SAT upheld the Sebi order and gave FTIL four weeks to abide by the regulator's order.

However, the time granted by SAT and Sebi to FTIL for divesting stakes had already expired. The tribunal said that since FTIL is seeking further time, "it would be just and proper for applicant to move Sebi in that behalf.