Growth To Pick Up, Room For More FDI: FM 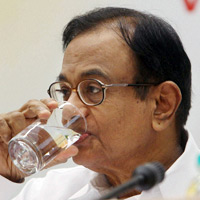 08 November, 2014
Print this article Font size -16+
India's economy is capable of absorbing $50 billion in foreign direct investment per year, the nation's Finance Minister P. Chidambaram said on Monday, adding that the government is committed to reforms to tackle a large current account deficit.

Addressing a news conference during a visit to Tokyo promoting India as investment destination, Chidambaram also reiterated that growth in Asia's third-largest economy was expected to accelerate in the current fiscal year to March 2014.

"FDI flows into India are quite positive... think we can absorb, easily absorb $50 billion of FDI every year into India," said Chidambaram who is regarded as a market-friendly reformer.

The government is struggling to boost the economy, which has posted its weakest growth in a decade. Removing investment barriers, many of which date back to before India started opening up its economy in the early 1990s, has been key to the government's push to restoring investor confidence.

"A new trade policy will be announced in about three or four days and that will show that we are committed to reform," said the Harvard-educated former lawyer.

Chidambaram repeated his recent pledge that the government would simplify "outdated" foreign investment caps in a bid to attract more investors and tackle its large current account deficit, but stopped short of specifying which sectors he wants to reform.

The current account deficit widened to a record high 6.7 per cent of GDP in the December quarter, driven by heavy oil and gold imports and muted exports, in a worse-than-expected performance that will keep the rupee currency under pressure.

The government has previously said it plans to open up the pensions sector to foreign investors, and raise the investment limit in the insurance sector to 49 per cent from 26 per cent.

Chidambaram also said that the Indian economy was expected to grow 6.1-6.7 per cent in the current fiscal year, an improvement on the estimated 5.0-5.5 percent growth recorded last fiscal year, a figure the minister said he was not satisfied with.
(Reuters)
Tags assigned to this article:
growth news 4 p chidambaram investment tokyo fiscal deficit fdi foreign direct investment union budget 2013