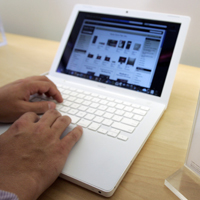 From being a cheerleader for e-commerce company Groupon, an analyst who upgraded the stock a few months ago (from $11 to $17) has turned around and downgraded it rather substantially (from $17 to $9 a share). Ken Sena of Evercore has questioned the company’s reported results for the first quarter of 2012 (January to March), saying that his firm has “concerns about the transparency and disclosure of the 1P (first party) Goods business”.

In its earnings call, Groupon had reported revenue growth of 32 per cent in the first quarter of 2012, which surprised Wall Street; Sena’s subsequent analysis suggested that the growth was driven by another business, Groupon Goods, and how that unit’s growth was accounted.

Rather than accounting for its share of the coupons from merchandise sales, Groupon Goods booked 100 per cent of its merchandise sales as revenue. At the same time, Groupon’s core business was deteriorating, according to Sena. Result: the stock crashed to $6.75 a share.