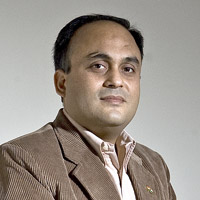 08 November, 2014
Print this article Font size -16+
High-handed, patronising, bossy, extra-constitutional. Those are just some of the monikers used by detractors to explain the conduct of India’s apex economic planning body — the Planning Commission. Especially under UPA I and UPA II.

In its heyday, chief ministers had to queue up before the deputy chairman of the Planning Commission to get funds for their states from central grants. This is when the panel exceeded its brief and began asserting itself as the all-powerful disburser of the Centre’s funds to states. Deputy chairman Montek Singh Ahluwalia became the arbiter of things that prime minister and Planning Commission chairman Manmohan Singh couldn’t handle at Yojana Bhavan.

Supposedly, Narendra Modi had been at the receiving end of the Planning Commission’s alleged excesses. As Gujarat’s chief minister for 13 years, his tenure overlapped UPA I and UPA II’s by 10 years. Modi may have had enough of it. So, defanging the Planning Commission was one of his earliest decisions. He made a greater show of it by announcing it from the Red Fort.

Meanwhile, for the first time in four to five years, we are noticing ripples in what was a placid job market. Naukri and Monster — two of India’s biggest job search enablers — have both reported above 20 per cent growth in job postings, up from sub-10 per cent during the same time last year. For many organisations, 2014 is turning out to be one of the most aggressive years for hiring in recent times.

But, wait! It’s not a free for all. Find out why in senior associate editor Chitra Narayanan’s carefully curated package on where the new jobs are; also the new trends in employment, employers and employability.

In coal, the Supreme Court has blown the lid off the 22-year-old collusion between corrupt politicians, unscrupulous companies and their brokers. All coal block allocations since 1993 have been deemed illegal. This happens to be the biggest financial scam in India’s history and is a big blow to the power sector — already India’s Achilles’ heel. On page 46, special correspondent Moyna enumerates the pain and the gain from the SC judgment on coal.

Last issue, I mentioned our new video initiative: BW|TV. Please do look out for this logo in our pages from here on. It is a pointer to our video offerings on the subject you are reading. If the stories don’t satiate your hunger for information, perhaps, our videos will.