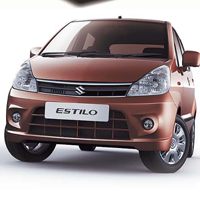 The performance of the auto industry in recent times perfectly matches the motion of an accelerating car. From a first gear 1.3 per cent growth in fiscal 2008-09 to second-gear 4.75 per cent in Q1 of FY2009-10 to third-gear 25.4 per cent in Q2, the passenger vehicles segment (including cars and utility vehicles) shifted into fourth gear in Q3, hitting a growth rate of 57 per cent over Q3 of FY2008-09. True, the base was low, making growth appear better, but even volumes have been unprecedented.

Consider these stats. Compared to an average 350,000 unit sales in the third quarter during the 2006-07 to 2008-09 period, 2009-10’s Q3 saw sales cross 500,000 units for the first time. That’s almost a third of the 1.55 million cars sold in all of last fiscal, adding to the current fiscal’s growth momentum, which is now at 26 per cent. Each month of the previous quarter was high performing. In a ranking of monthly auto sales from April 1991 to December 2009, the last three months of 2009 would rank at No. 1, 4 and 8, respectively.
So, what happened? Apart from the low base, “sales during the quarter also resulted from improving market conditions compared to last year such as easier credit availability and cheaper financing”, says Ammar Master, senior market analyst for India & Korea at J.D. Power and Associates. A case in point is State Bank of India's (SBI’s) 8 per cent interest rate on car loans, which brought in consumers in droves. The festival season also saw huge price cuts and other sops from manufacturers (see ‘Car’nival Time’, BW, 2 November 2009) that carried through the year. “Moreover, consumers preponed sales last quarter, anticipating a rise in vehicle prices this year,” says Master.
The surprises continued into the model-wise sales. For the first time this fiscal, two sedans were part of the top 10 sellers – with Tata Motors’s Indigo, spurred on by the launch of the new Manza variant, joining Maruti’s Swift Dzire. Another car, General Motors’s Chevrolet Spark, cracked the top 10 for the first time this fiscal. The cars that were displaced by this duo were Maruti’s Ritz and Toyota’s Innova. In fact, with a growth rate of 35 per cent, Spark has a good chance of ending up as one of India's top 10 selling cars of 2009-10 (it is at No. 13 currently).
But here is the biggest surprise. The fastest growing car in Q3 of FY2009-10, hold your breath, was the venerable Ambassador! In one of its last stabs at glory, the Amby benefited because government departments, which held on to their purchases last year because of poor economic conditions, opened their purse strings this time. But with even the government increasingly going in for other cars, the Ambassador’s days appear numbered.
The fastest-growing list this quarter has six cars growing at triple-digits, a marked shift from the previous two quarters, when only one car – Ford's Ikon sedan -- made the cut. This time, though, six cars have shown 100 per cent-plus growth; Ikon is out of the top 10, with its low base advantage beginning to be neutralised. This kind of growth has completely changed the make-up of the fastest growing list this quarter.
From Q1’s top 10, seven remained in Q2. But of Q2’s top 10, only three remain in Q3’s list -- Mahindra & Mahindra’s (M&M’s) Armada/Bolero and Scorpio, and Hyundai’s i10. A change of heart has done a world of good to two of Maruti’s underperforming cars -- the SX4 sedan and the Estilo compact. Armed with new, more fuel-efficient and refined engines, the duo shot up the growth charts in Q3 to settle at No. 2 and 3, respectively. Skoda Auto’s premium compact, Fabia, clocked more than 100 per cent growth, largely due to the company beginning to sell the car online. Sales, though, tapered off from 779 in October to a low, and more usual, 291 in December.
Meanwhile, the race for for No. 2 in the volume charts -- between WagonR and i10 -- got closer. In Q3, WagonR just about managed to keep the Korean upstart at bay, selling around 300 units more. In the fiscal, Maruti’s car is ahead by around 2,200 units. What could impact WagonR is the impending launch of a new version with the K-series engine, which would necessitate clearing out the inventory of the old version, reducing its overall numbers. But that would also likely be followed by a considerable spike once the new version is launched. This race, therefore, will continue to hold attention.
So, what will happen now? A jump to fifth gear appears unlikely, largely because most manufacturers have increased vehicle prices due to rising input costs. “Many also were absorbing this rise in production costs last year, fearing that increasing prices would crimp sales,” says Master. “With the market improving, there are more willing to now raise prices.” He adds that another round of price hike could happen around March when manufacturers would upgrade their vehicles to meet the more stringent Bharat Stage IV emission norms.
What makes the scenario more interesting is the fact that with new compact cars such as Ford’s Figo, Nissan’s Micra and Volkswagen’s Polo due this year, incumbents will be under pressure to cut prices instead of raising them. Already, GM’s aggressive pricing of its new compact, Beat (all variants are priced below Rs 4 lakh, ex-showroom Delhi), has created a flutter. Besides, the fact that these companies have also upped production capacity, has created an overcapacity situation, where prices and margins will come under huge pressure.
As for the last quarter of this fiscal, the astounding growth rates of the previous two quarters are likely to slow to a more sedate 10 per cent or so. “We expect sales to average about 150,000 units each month during January-March 2010,” says Master. The lull before the next storm? Watch this space.
(This story was published in Businessworld Issue Dated 08-02-2010)
Tags assigned to this article:
magazine cars alokesh bhattacharyya sedan company results i10 wagon r compact car