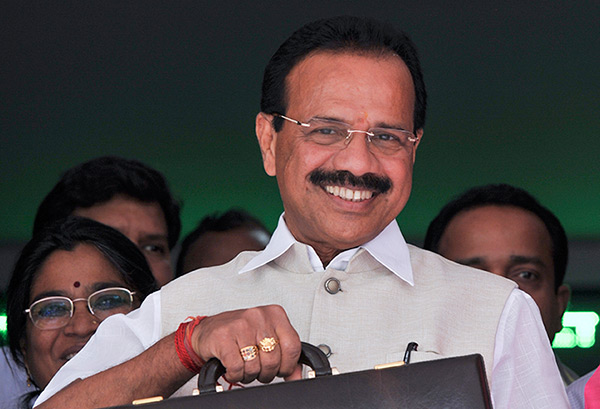 08 November, 2014
Print this article Font size -16+
Presenting his maiden railway budget on Tuesday (8 July), Railway Minister Sadananda Gowda mooted FDI in railway projects (except operations) and PPP way to bridge the shortfall in collection.  There are plans to attract investment from domestic and foreign players in infrastructure; focus to be on aggressive indigenisation, said Gowda.
The bulk of India's future railway projects will be financed through public-private partnerships to modernise the vast but underfunded network.

In his maiden budget, Sadananda Gowda said his ministry would also seek cabinet approval for allowing foreign direct investment in the state-owned network, but passenger services would be excluded.

"The bulk of our future projects will be... by the PPP model," he told India's parliament, referring to public-private partnerships.

India's railway, the world's fourth-largest, has suffered from years of low investment and populist policies to subsidise fares. This has turned a once-mighty system into a slow and congested network that crimps economic growth.

The decision to push private investment signals the appetite Prime Minister Narendra Modi's new government has for taking tough and unpopular decisions he has said are needed to revive the economy.

Reform of the railways has long proven politically sensitive. Successive governments have backed away from modernisation, preferring instead to use the system to provide cheap transport for voters, and jobs for 1.3 million people.
No Further Fare Hike
Sparing passengers of any further fare hike, Railway Budget for 2014-15 proposes to attract private domestic and FDI in infrastructure projects and pursuing private-public partnership to boost the finances of the cash-strapped railways.

Having hiked fares to the tune of 14.2 per cent recently, Railway Minister Sadananda Gowda who presented the new government's first budget in Lok Sabha said he plans to leverage railway PSU resources by bringing in their investible funds in infrastructure projects.

He announced plans to introduce a bullet train in Mumbai- Ahmedabad sector and setting up of a Diamond Quadrilateral network of high speed rail connecting major metros and growth centres. A sum of Rs 100 crore has been provided for initiating the project.

Increasing the speed of trains to 160 to 200 kms per hour on nine select sectors was another highlight of the budget, which proposes to allow all experimental stoppages to lapse after September this year.

The Budget disclosed that traffic growth declined and expenditures went up in 2013-14 as compared to the revised estimates of previous financial year.

The ordinary working expenses and pension outgo were also higher.

The budget estimates for 2014-15 assumes a freight loading 1101 metric tonnes, 51 metric tonnes more than the previous year, growth in passenger traffic at 2 per cent and freight earnings at Rs 1,05,770 crore.

Passenger earnings will be Rs 44,645 crore after a revenue sacrifice of Rs 610 crore on account of monthly season ticket fares.

Total receipts for the current year have been pegged at Rs 1,64,374 crore and expenditure at Rs 1,49,176 crore.
Golden Quadrilateral
Disclosing that he needs more than Rs nine lakh crore to completing the Golden Quadrilateral Network and Rs 60,000 crore for introducing one bullet train alone, Gowda told the House, "Can I depend only on hiking fare and freight rates and burden the public to realise these funds? This is unrealistic.

I need to explore the alternate means of resource mobilisation."

He proposed to launch a scheme to bring in investible surplus funds of railway PSUs in infrastructure projects which can generate attractive returns.

Internal revenue sources and government funding are insufficient to meet the requirement, the Railway Minister said, adding the ministry is seeking Cabinet approval for allowing FDI in rail sector.

FDI, however, will be limited to infrastructure development and not allowed in operations, he said.

He said the concept of PPP has not been successful in raising substantial resources for railways. "It is my endeavour to pursue this in right earnest. It is our target that bulk of our future projects will be financed through PPP mode, including the high-speed rail, which requires huge investments."

Apart from mobilising resources, Gowda said he needed to strategically manage other aspects of planning and administration by adopting a near-holiday approach, setting timelines for ongoing projects, strategic partnership and aggressive indigenisation of imported projects. .

While Udhampur-Katra rail link in Jammu and Kashmir has been dedicated to the nation, the focus will now be on completion of the missing link between Banihal and Katra.

In order to strengthen security in trains and stations, the budget proposes to recruit 4000 women RPF constables.

Already 17000 RPF constables have been recruited and shall be available for deployment shortly.

Gowda said safety of passengers is of paramount importance and it is estimated that over Rs 40,000 crore would be needed to be invested in track renewals, elimination of unmanned railway crossings and road overbridges and underbridges.

A provision of Rs 1,785 crore has been earmarked for railway overbridges and underbridges.

Outlining IT initiatives, the minister said the railway reservation system is being revamped to move into next generation E-ticketing system, which will support 7200 tickets per minutes to allow 1,20,000 simultaneous users.

Railways will move to paperless offices in five years, provide wi-fi services in A-1 and A category stations and in select trains, real-time tracking of trains and rolling stock, mobile-based wakeup call system for passengers and mobile- based destination arrival alert.

Railway-related Stocks Fall
Railway-related stocks fell on profit-taking ahead of railway budget presentation later in the day. Shares in the sector have surged on hopes of reforms including opening of the sector to foreign investments under newly-elected, Modi government,  traders say.

Texmaco Rail & Engineering Ltd is down 1.3 percent and BEML Ltd slumped 3.7 per cent.

Any increase in the FY15 outlay for railways compared to Rs 64,300 crore ($10.73 billion) set in the previous budget would be seen as positive, investors say.

Also, any specific mention regarding increase in allocation or procurement for wagons will be positive for wagon manufacturers.

Railway Minister Gowda is likely to announce pilot project for introduction of automatic closing of doors in Shatabdi coaches and EMU coaches in Mumbai suburban train as safety measures for passengers to prevent accidental fall from running train.

There will be provision for a few new trains including premium and services connecting various pilgrim centres in the Rail Budget 2014-15.

Managing passenger service through cross-subsidy from freight earnings, railways may spell out its policy on FDI to attract foreign capital in expansion of rail infrastructure including modernisation of station and high speed train.

The Rail Budget will spell out details of future course of action plan for having a 'Diamond Quadrilateral' to run high speed trains.

The budget will also reflect the views of NDA government on Rail Tariff.