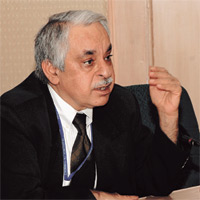 Khullar said, month-on-month, the consignments were down 17 per cent in August from July. The good annualised showing was on the back of low-base of comparison.

However, economic turbulence in the United States and Europe, India's top sales destinations, means growth will likely slow down further in September and October, he said, likely bulging the trade deficit for the fiscal year ending March 2012.

Import growth has surged in recent months as India, one of the world's fastest growing major economies, imports anything from oil to transport equipment to industrial machinery, despite recent industrial data pointing to a slowdown.

"I don't know when, something will have to be done," Trade Secretary Rahul Khullar told reporters, when asked whether the government would provide stimulus measures for exporters.

"Up till now we have had a good run, but you could be looking at difficulties down the road. If you want to prevent them, then you better kick in now with action."