Govt Not To Appeal Against Bombay HC Order In Vodafone Case 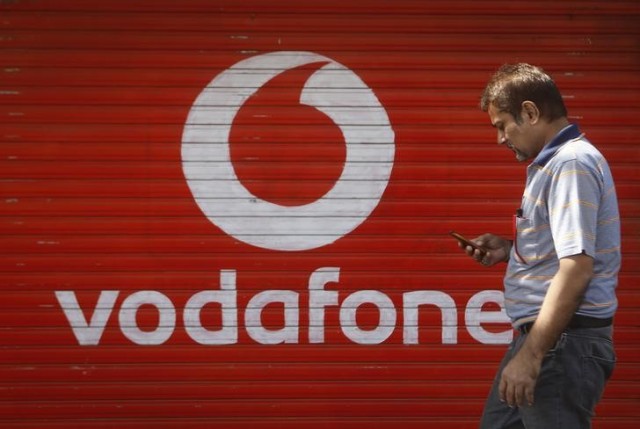 05 February, 2015
Print this article Font size -16+
In a bid to avoid "fruitless litigation" and allay investors' concerns on tax issues, government on Wednesday (28 January) decided against appealing a court order that absolved Vodafone of Rs 3,200 crore tax demand in a transfer pricing case.

As Cabinet decided against challenging the Bombay High Court order in this matter, Telecom Minister Ravi Shankar Prasad said the government wants to convey a clear and positive message to investors globally that it would be "fair, transparent and within the four corners of law".

"The government will not appeal in Supreme Court the October 10 order of the Bombay High Court in the Vodafone case," Prasad told reporters after a meeting of the Union Cabinet.

Read Also: Martin Pieters To Step Down As Vodafone India CEO
The decision of not filing an appeal in the Vodafone case was taken at the highest level following advice by Attorney General Mukul Rohatgi.

Rohatgi had advised the income department to accept the judgement of the Bombay High Court in the Vodafone case.

The High Court in its October 10, 2014 order had given a big relief to the UK-based mobile service provider by ruling that it is not liable to pay an income tax demand of Rs 3,200 crore in a case relating to transfer pricing.

On impact of Cabinet decision on similar other cases, the Minister said a view would be taken after studying them.

Ruling party BJP and its leaders have earlier said, including in their election manifesto, that its government would do away with 'tax terrorism' that the earlier government had indulged in.

Prasad said Finance Minister Arun Jaitley has held discussions with the CBDT, Attorney General, Solicitor General and it was found that the Bombay High Court opinion was right.

"This fruitless litigation was avoidable in the past," he added.

The Cabinet has taken a conscious decision not to file an appeal in the Supreme Court, he said, adding "it was a legacy issue in telecom and finance."

"We are trying to correct the legacy issue," he said.

Investor confidence was shaken in the past because of very fluctuating tax policy wherein views of investors and government were at loggerheads, Prasad said.

By this decision, he said, "a kind of signal we have given namely where the I-T liability is clear and unambiguous, it shall be charged. Where it is over stretched without legal authority, the government will be fair. That is the indication. It shows our fairness".

The government, which is seeking overseas investments in a big way, has been conveying to foreign investors that it would pursue a non-adversarial and transparent tax regime.

The NDA government is of the view that the retrospective tax amendment brought in by the previous regime to overturn a Supreme Court decision in a different Vodafone case brought only bad name and did not yield any revenue.

In the Vodafone case relating to 2010 transaction, the I-T Department had asked the company to pay additional income tax alleging that it had undervalued its shares in subsidiary, Vodafone India Services while transferring them to the parent company in Britain.

Transfer pricing is the practice of arm's length pricing for transactions between group companies based in different countries to ensure a fair price ? one that would have been charged to an unrelated party ? is levied.

The High Court had said "in our opinion there is no taxable income on share premium received on the issue of shares."

The tax authority had issued a show cause notice to Vodafone India on January 17, 2014, and later passed an order asking it to pay additional Rs 3,200-crore tax for allegedly undervaluing the shares of its Pune BPO.

On January 27, 2014, Vodafone moved the High Court challenging the I-T order and contended that its transaction on transfer of shares was not taxable under the Indian tax laws.