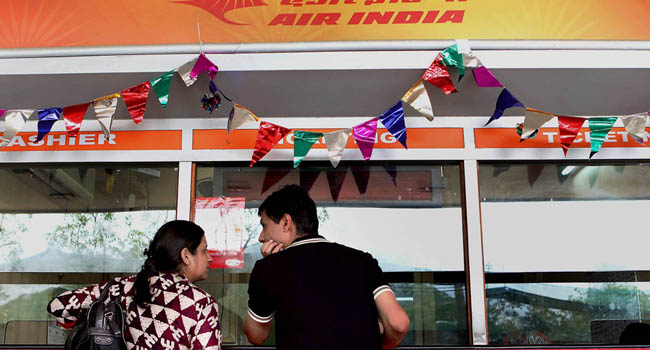 Charges for preferential seating, check-in baggage, meals etc are borne out of DGCA Circular of March subjected to certain riders


Sharp hike in ticket cancellation charges, proposal to charge passengers for their check-in baggage or charging extra for window /aisle seats by domestic carriers: any such special charges levied on the airline passengers over and above the air-ticket price stems out of a circular issued in March this year by the office of the Director General for Civil Aviation (DGCA).

On March 24, the DGCA had issued the “Air Transport Circular 1 of 2015” titled ‘Unbundle of services and fees by scheduled airlines’. The circular said: “Considering the fact that unbundling of services and charges thereto has the potential to make basic fare more affordable and provides consumer an option of paying for the services which he/she wishes to avail, it has been decided by the Government to allow following services to be unbundled and charged separately on opt-in basis. These include Preferential seating, meal/snack/drink charges (except drinking water), Charges for using airline lounges, check-in baggage charges, sports equipment charges, musical instrument carriage, and fee for special declaration of valuable baggage (allow for higher unit on carrier liability).”

Taking a cue from this circular, which sources say is born out of years of continuous presentations and convincing the aviations authorities by the domestic airlines, three Indian low cost carriers had sent in their proposal to offer lower fare for passengers who fly only with cabin baggage. This low fare option was suggested to be in addition to the regular fare offered currently where 15 kg of check-in baggage is allowed.  According to DGCA officials, the proposal will be examined to see whether the low cost carriers give substantial benefit to flyers for not carrying check-in baggage and avoid a situation where the 15-kg baggage is taken without adequate advantage to the flyer.

In effect, this suggestion entails the option of offering two sets of fares to the air traveller for the same destination - low fares (around Rs 500-1,000 less depending upon the airfare) for only hand baggage and the regular ones (with 15 kg of baggage allowed).

A similar initiative was undertaken by AirAsia India -- a JV of Malaysia's AirAsia and Tata Group -- in 2014 summer. But the carrier had to abandon the plans after a public outcry. Now, such a plan is part of the circular issued by the DGCA itself.

Hiking Cancellation Charges
But where the domestic carriers seems to have goofed up is the unilateral hike in ticket cancellation charges by not one but three airlines - IndiGo, SpiceJet and Jet Airways. DGCA has now begin a probe into the matter, officials said. In the meanwhile, the Air Passengers Association of India (APAI) said it would also approach the Competition Commission of India (CCI) on the issue citing it as an incident of cartelisation and an unfair business practice.

Last weekend, SpiceJet raised its ticket cancellation charges for both domestic as well as international travel. According to the revised fees, which came into immediate effect, the airline is deducting Rs 1,800 as cancellation fees for a domestic ticket while the charges for cancelling an international ticket would be Rs 2,250. Spicejet, reports suggest, followed in the footsteps of IndiGo and Jet Airways. Both these airlines had steeply increased their cancellation charges in April.