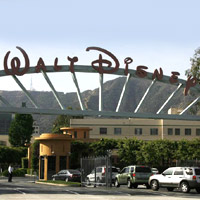 08 November, 2014
Print this article Font size -16+
India has approved Walt Disney's plans to invest Rs 10 billion in the country including in the broadcasting companies, a government statement said on 23 august' 2012.

The approval is a part of the 10 foreign direct investment proposals worth Rs 12.6 billion that India's Finance Minister P Chidambaram cleared on the recommendation of Foreign Investment Promotion Board.