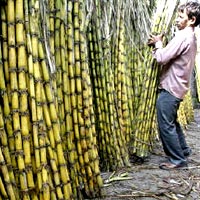 08 November, 2014
Print this article Font size -16+
India has lifted some curbs on sales in the tightly regulated sugar sector, a government source said on Thursday, 4 April 2013, in a move aimed at stabilising production in the world's biggest consumer of the sweetener.

No further details were immediately available.

The action comes months after the prime minister's economic adviser recommended easing restrictions which are in place partly to keep a lid on local prices and partly as a legacy of a planned economy where the state regulated most sectors.