The share of overall funding coming from the government has grown, the variation in post-secondary institutions and credentials has increased, and an increasing share of global students have enrolled in college with the help of grants and loans from their government or as from our own government 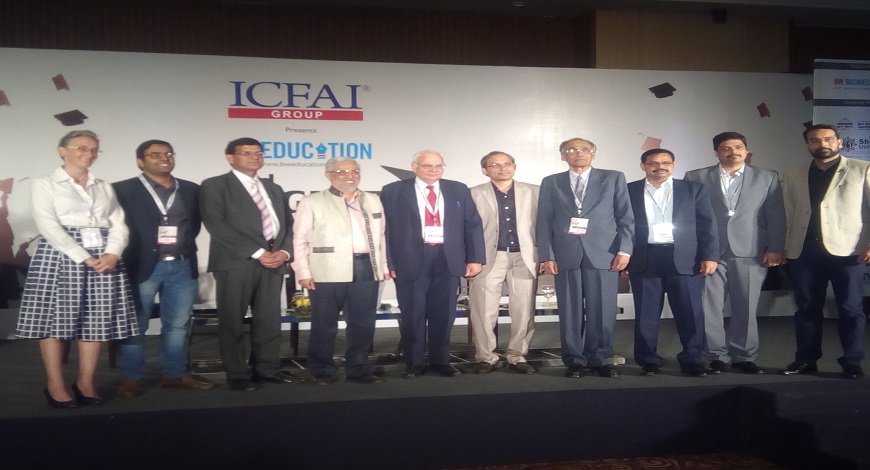 Although the higher education system in Southern Asia and specially India is fundamentally state and institution based, from its earliest days, both the union and provincial government has facilitated the establishment of public colleges and universities and funded university-based research. Since the passage of various amendments in Higher Education Acts, bodies like UGC are looking at a University function and bodies like AICTE are looking towards technical education. The respective government’s has provided broad-based funding to students to increase access to higher education and promote educational attainment across the nation.

The share of overall funding coming from the government has grown, the variation in post-secondary institutions and credentials has increased, and an increasing share of global students have enrolled in college with the help of grants and loans from their government or as from our own government. From 2015–16, the union government paid more attention towards control over private and autonomous education bodies that is allegedly misunderstood and almost all the investment by the government gone behind the curtain of non-payment of various promised funds such as minority scholarship or other such instruments. The government has its own logic of any such delayed payment to education bodies, calling these funds as ways to make money rather than serving real purposes.

This level of funding is rooted in a long-standing, broad-based consensus that the number of
Indians with there credentials in higher education—and the skills and knowledge associated with those credentials—must grow if other nations can grow why can't we.

This was the main cause of concern when Deva Vrat (Prof VC, north cap University) and Raj Singh (VC, Rayat Bahra University) engaged in panel discussion with President of BW Businessworld group Sunil Kumar, where Raj was more concerned for various features where government has to play a serious role, Prem Vrat has said that revenue is a serious part because government don't pay the dues (a perspective that is usual in case of private higher education provider's) which were required or a must to maintain a strong labor force, compete in the world economy, and provide opportunities for its citizens to lead productive, rewarding lives. The national interest lies not only in enrolling more students in higher education level programs, but in increasing student success rates. While respecting and encouraging institutional diversity and autonomy, government-related (both union and provincial) investments must encourage high-quality educational experiences that equip students for a competitive economy.

Involvements of union government in higher education are rooted in both efficiency and equity goals. College yields large average returns for individuals, but it also has significant benefits for society as a whole. Without government support, the market would produce less than the optimal amount of education, an inefficiently low level of investment in human capital. Because higher education creates lifelong opportunities that promote economic success, political participation, and other benefits, denying access on the basis of one’s ability to pay widens gaps between rich and poor. And the benefits of higher education do not stay within state lines, so under-investment in one state has implications for well-being in other states.

Asserting the same Raj Singh has said that 85 to 90 per cent of students rely on private players in India or regional player in education. Infact, Singh initiated a thought that developed nation's never differentiate between private and organised government-controlled players in case of higher education.

Both Singh and Prem Vrat said that with the same objective and mix of people process and technology is important to have an inclusive development.

Anil Sahasrabudhe, Chairman of AICTE said in his concluding remarks government is motivated to enhance higher education institutes in three tiers where tier one institutes will be given full autonomy and tier two institute will be categorically adapted to match standards of tier one institutes.

Although a framework of full capacity is needed to mould tier three institute of poor overall condition to be able to produce better outputs. Sahasrabudhe also focused upon case studies that are relevant to Indian or Asian circumstances so that an effective solution can be gathered from emerging professionals.